"To everything... there is a season... and a time to every purpose, under heaven."
The Byrds (See also Ecclesiastes 3:1)

Once again the season is changing here in this small corner of the world.  And as much as I am not looking forward to the cold and slippery aspects of snow, I openly welcome the change of scenery.  The leaves are turning early this year, presenting a beautiful canvas of oranges, yellows, and reds.  It is a sight that will not last long.  Leaves are already falling and the chill in the air seemed to have happened overnight.

As I have mentioned before, in a previous post,  one of the reasons I love Idaho is that it presents such a diverse fishery.  Some of the options for fishing last throughout the whole year, whilst others are only there for a short while.  The windows of time have different shapes and sizes, corresponding to the species of fish involved.

Kokanee may be caught year round in the various reservoirs here in Idaho, but catching them in their beautiful spawning colors, in moving water, and with a streamer, is an opportunity that only presents itself for a short while.

Fishing for any species of fish while they are spawning can be a sensitive topic.  Just as a disclaimer: these fish (to my knowledge) are considered sterile and are not supposed to be able to spawn.  They are intended to be a put-and-take fish in the places they are planted.

Shane and I had tried to make it out to catch a koke on the fly a couple times, but I ended up having family commitments both times.   Shane had the bug just as bad as I did and he and Josh were able to take a day and get after them with very successful results.  Their success made me want to make it out even more.

I thought my window had passed.  Wanting to give it another go, Shane kindly agreed to make an afternoon trip up with me.  He and I made plans to take off just after classes, around 2pm.  We were on the water around 3:30pm.  After some power hiking (and hollering "hey bear!" on a regular basis) we made it to some good runs for throwing streamers.  Red and black articulated streamers were the ticket.  It took some practice learning how to strip them in with the right erratic movement, but once I had it down the fish were taking it regularly.  It was a blast to watch them chase down the fly and strike it! 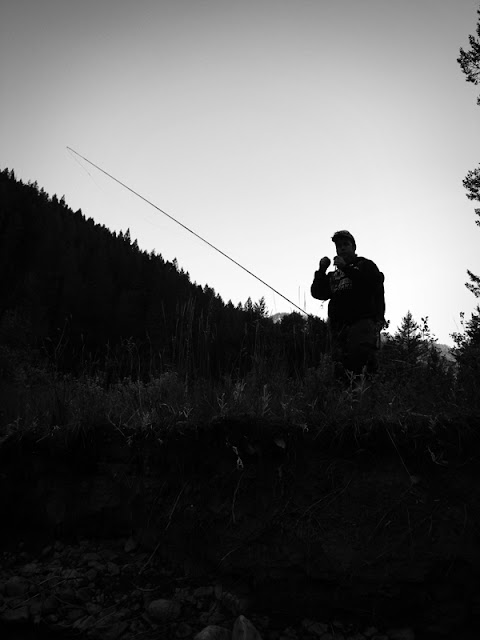 I decided to try out a large pink stinger-fly I had tied up a long time ago with kokanee in mind.  It worked!  In certain runs fish would come out of nowhere to hit it, and the stinger increased the hookups greatly! 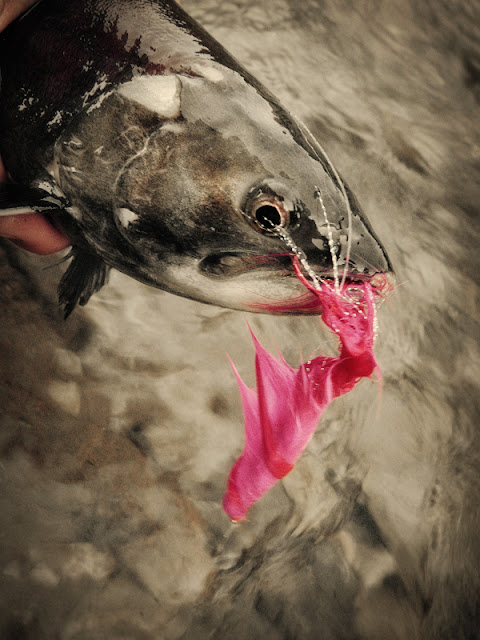 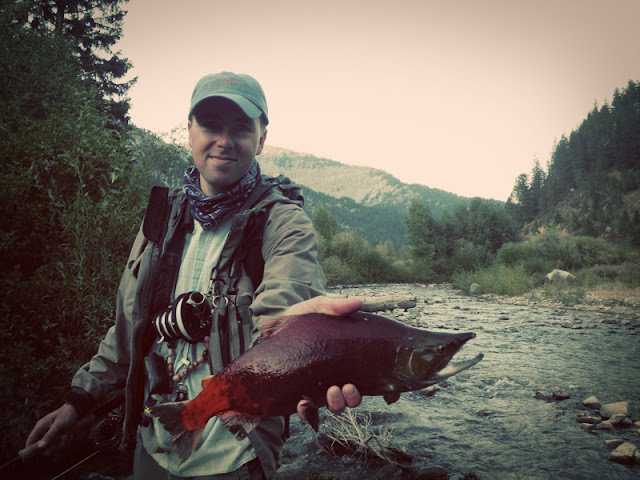 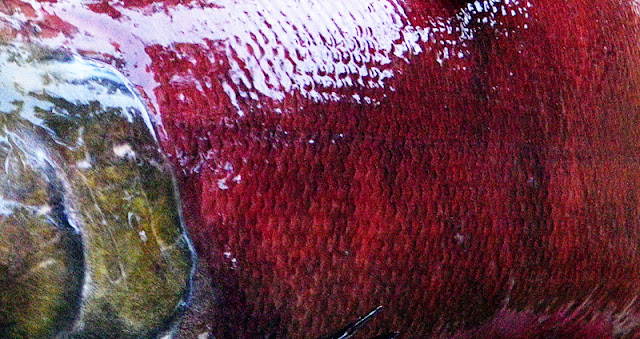 In one run I decided to experiment with a trout bead and indicator.  A few casts in and the indicator went down and I set.  To my pleasant surprise it was a healthy cut.  What more can a guy ask for than beautiful country with awesome looking fish. 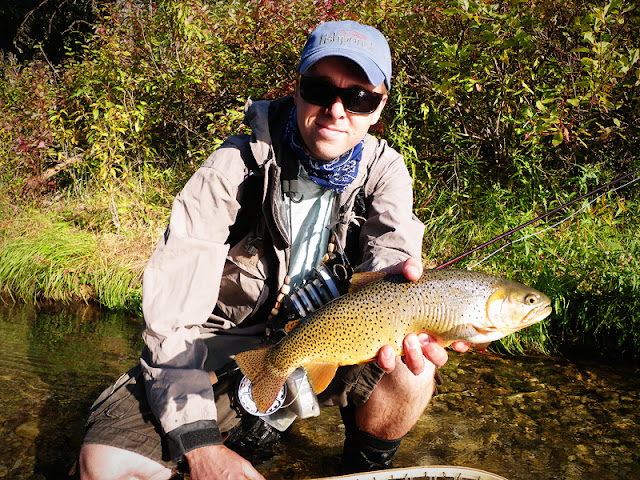 As the sun sank down behind the mountains edge we decided to high-tail it out of there, wanting to avoid any bears prowling around for an evening snack.   We only made a couple stops on the way out.  We had not realized how far in we had walked and the trip back down the trail seemed to go on and on.  You just lose track of distance and time while fishing, and I think that is part of the magic of it all. 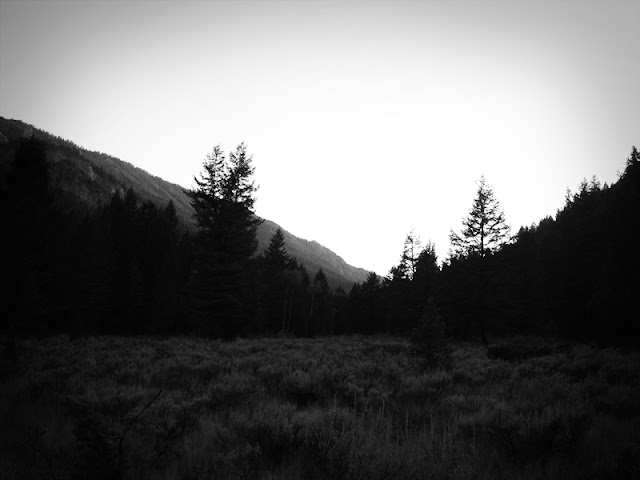 I was glad we stopped one more time on our way out.  I was lucky enough to pick up this great looking male.

It has now been a few days and I am still sore from the power hiking.  Would I do it again?  In a heartbeat.  Sometimes when a window presents itself it does not last long.  You either jump through it and start power hiking, or sit back, looking at the pictures of people who did.
Posted by Chris at 8:59 AM