A Day In Short-Strike City... 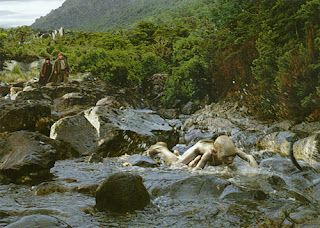 While most of us probably don't look anything like Gollum, I'm sure we can all relate.  The time we get to spend on the river chasing fish can be quite "precious."  In the ebb and flow of life sometimes it is hard to break away from commitments and responsibilities for the sake of wetting a line.  Summer gets so busy with the amount of activities and responsibilities that pop up.  Spring rolls in at a moderate pace and then mid-June hits and WHAMMO!  There are so many things to do and places to be that I really have trouble thinking straight.

I was finally able to break away for a day.  Shane and I made plans to float some new water.  He recently acquired a little new raft at a killer price.  It has oar locks and a hard floor insert.  With a couple coolers for seats it makes a pretty awesome and convenient little drifter.

We dropped off my car for the shuttle and headed up to the put in.  We were on the water just after 10am.  It was a bluebird sky, wet-wading kind of day.  As we began drifting and chucking streamers it was quickly apparent that we were in good water.  Fish were chasing and striking from the beginning.  Almost every single fish was a visual chase.  After multiple chases and strikes, with no lasting hookups, we began to realize that the fish were nipping the tails of our streamers.  They were short striking on almost every hit.  We were in short-strike city from the get-go and that was the name of the game for the entire trip.

Of course, there were plenty of sets that stuck.  Here are some of the goods and scenery... 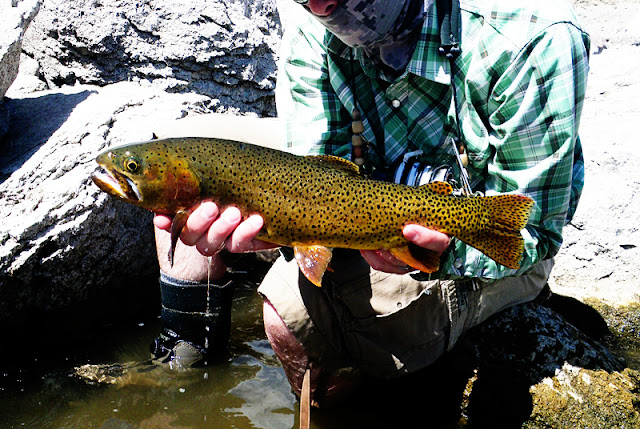 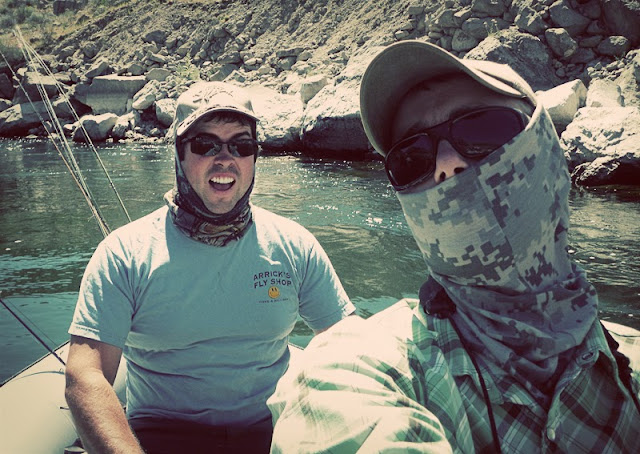 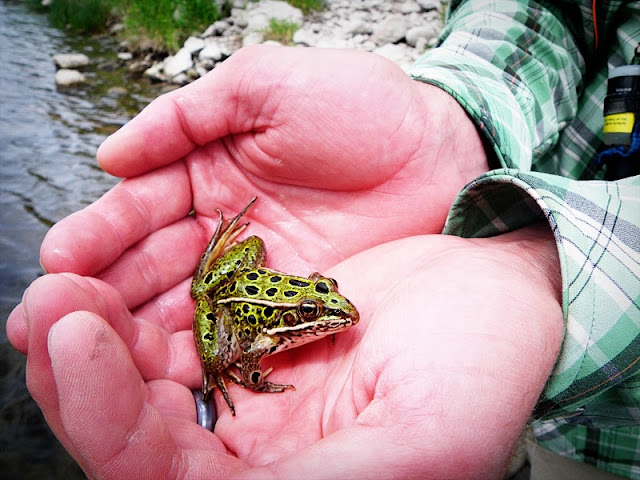 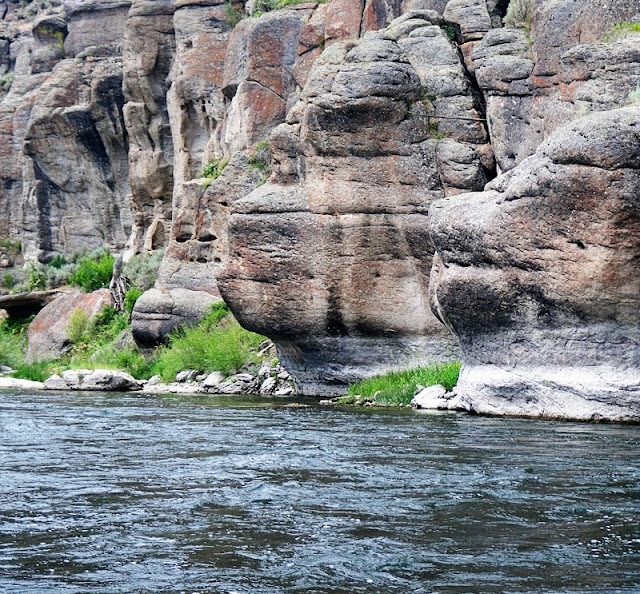 Monkey face rock man said "hi" as we passed by. 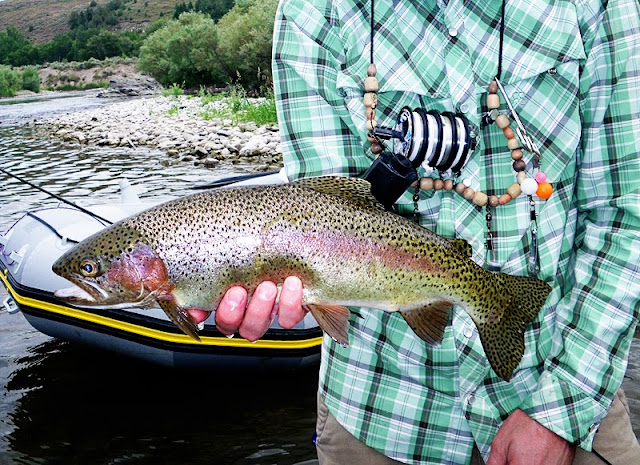 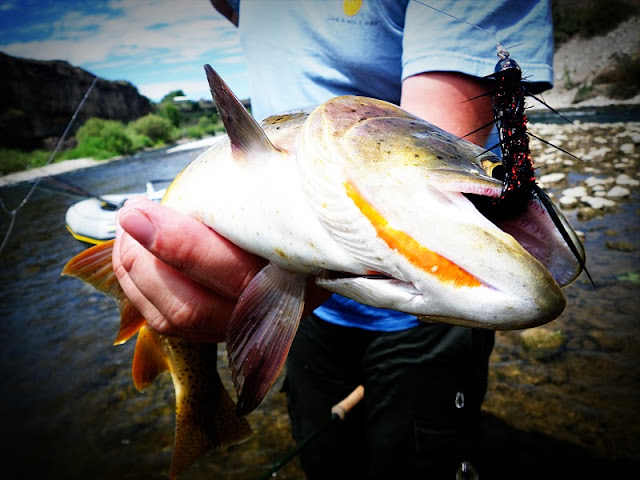 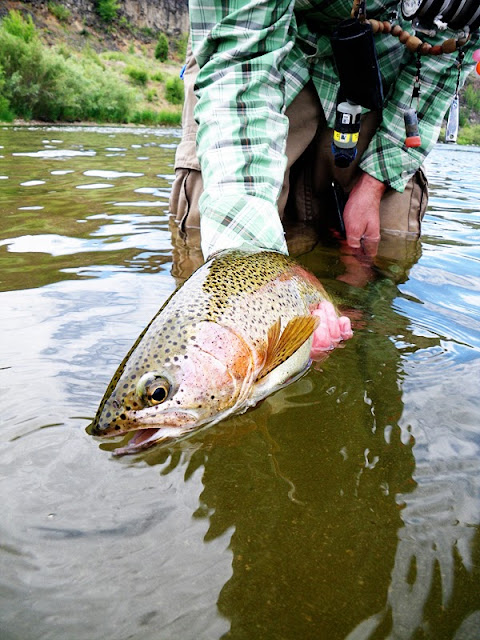 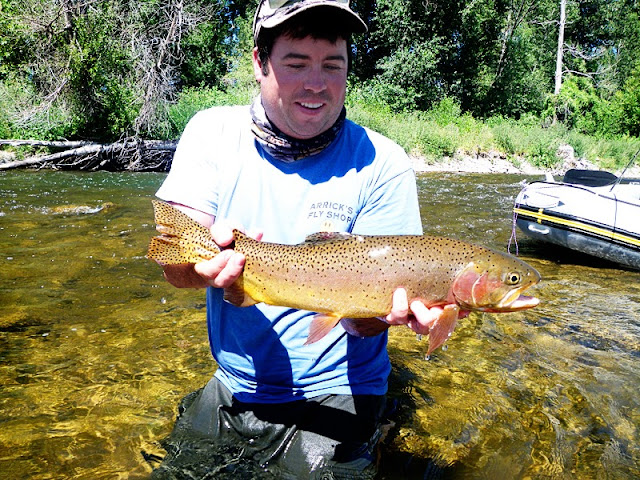 Shane with a fantastic hybrid. 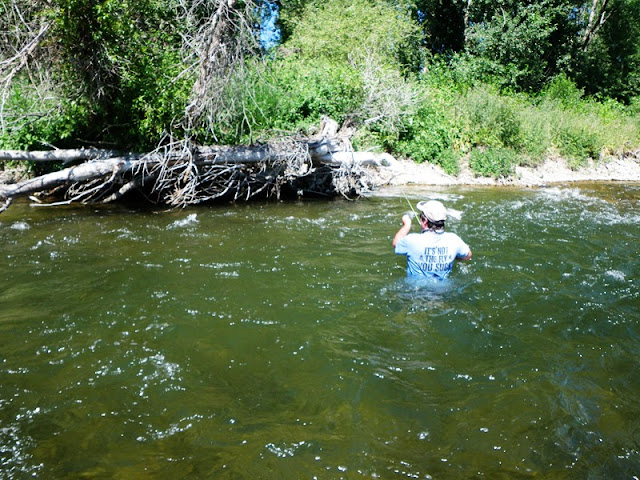 Sometimes you go after the snag when it's the last of the winning day flies. 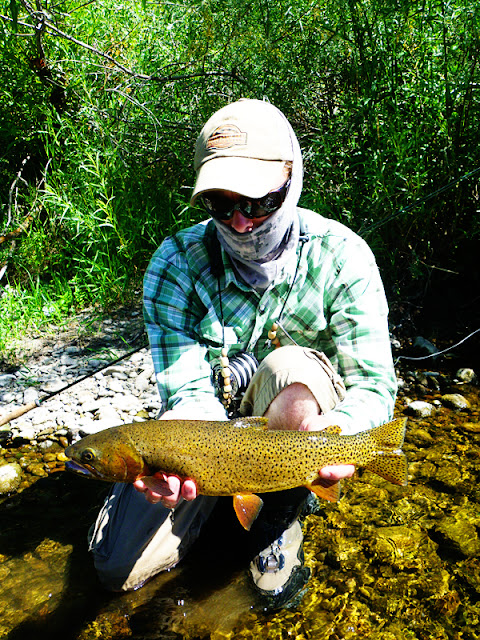 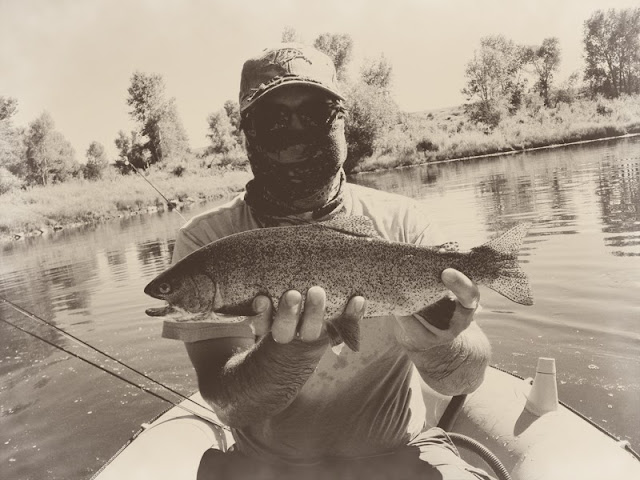 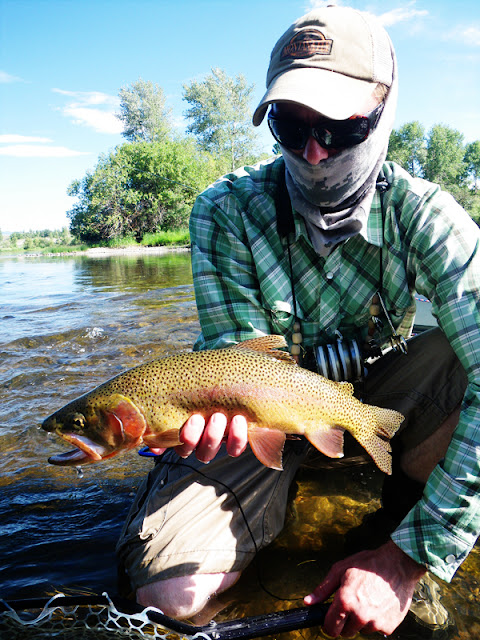 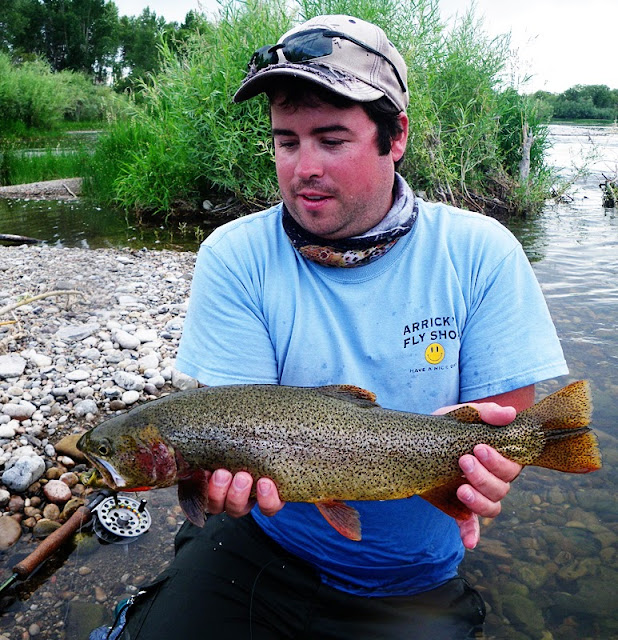 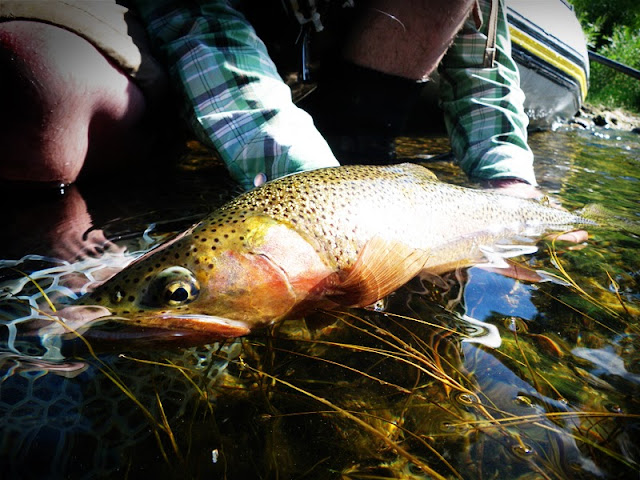 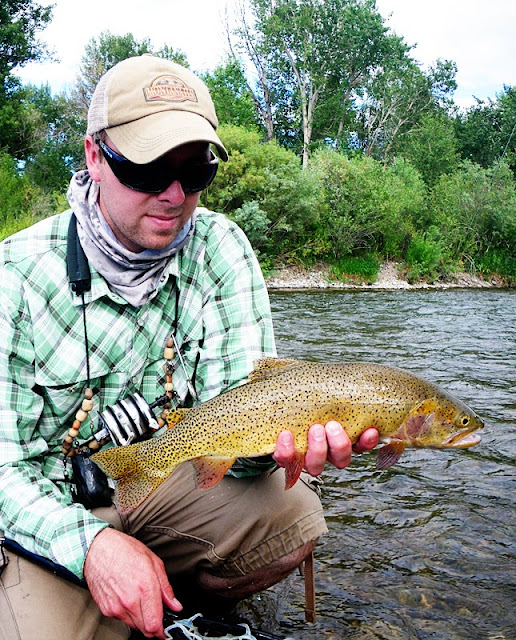 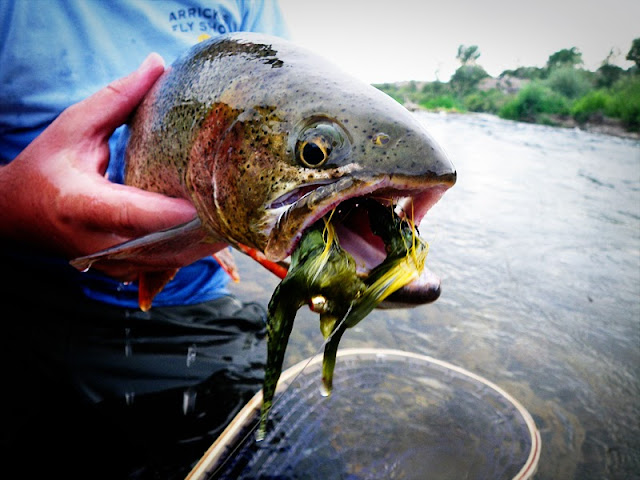 A mouth full of "Magic". 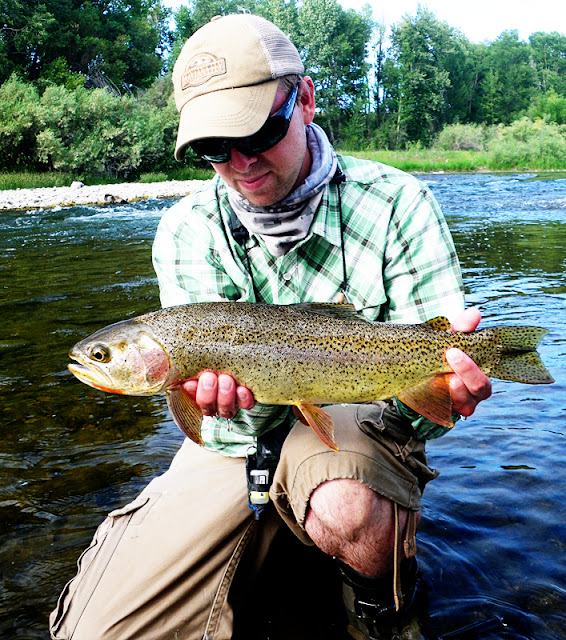 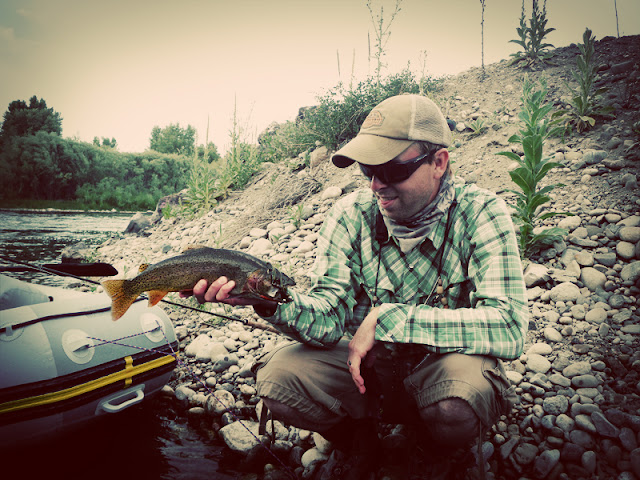 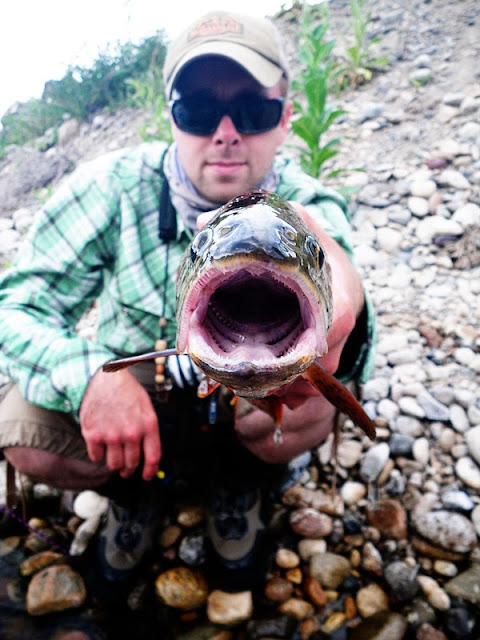 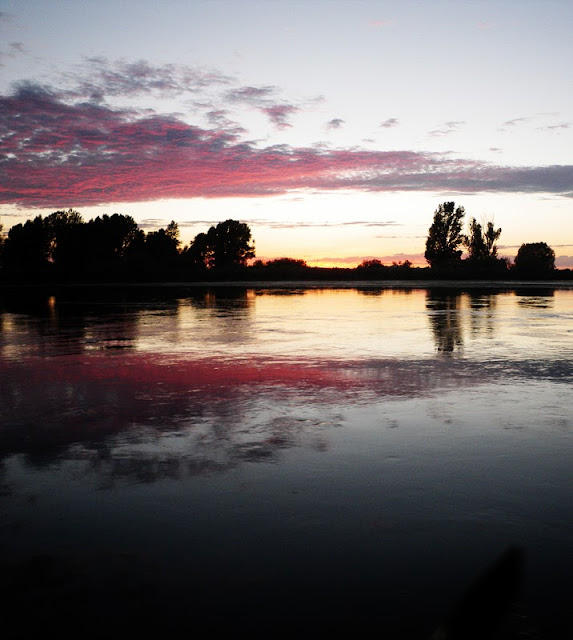 It was a Magic Dragon Streamer kind of day.  In fact that was the winning and most effective fly during the entire trip.  All but maybe two fish came on that pattern.  I can't get over how effective that beefy fly is.  Our little foray into short-strike city has me working on a newer variation of the MD, one with a stinger hook.  It was such a great day despite all the missed fish.  The problem with good trips like this is that they leave you wanting more.  The next best thing to spending a day in short-strike city would be to spend a day in hook-up city.  Next time we'll be ready.
Posted by Chris at 9:23 PM 2 comments: