The Madness We Call Summer

It is crazy how quickly an hour, day, or week can be filled up with things to do.  When summer rolls into the drive she brings with her a lifetimes worth of things to do.  Well, forget that because this is Idaho.  When you only get three solid months of "perfect weather," it becomes a mad dash to fit in all the work and recreating the warm weather facilitates.  Between work, family, church, school, gardening, and trying to get things together to apply to P.A. schools, I'm finding it hard to think straight.  Fortunately there has been time to get out here and there despite all the things I should be doing.  Here are some small reports of recent outings.

There were some reports of perch being caught off of the docks on both ends of Ririe Reservoir, so we rounded up our little family and headed up for an evening.  The wind was blowing a bit, but it was warm enough until the sun dropped out of sight.  Since our target was perch, directly below the docks, all we took were a few ice fishing rods and holders.  No perch were managed, but three trout and one sucker graced our evening.  Isaac was all smiles with his first fish.  It is the most excited I have seen him get over catching a fish. 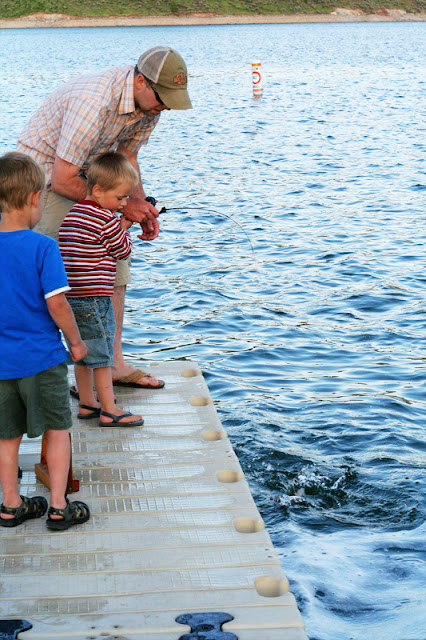 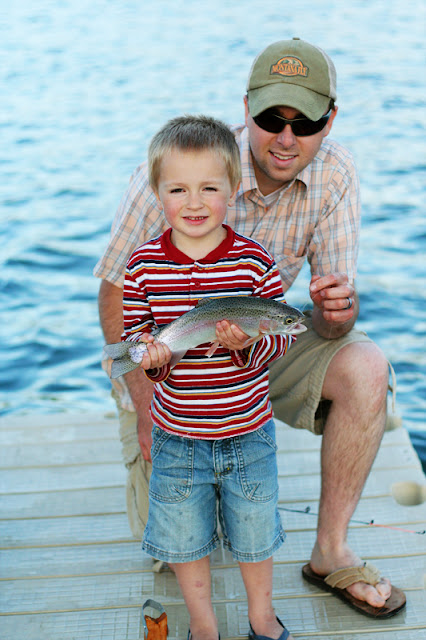 Isaac was happy to show off his quarry.  It was great to see how happy he was to catch it. 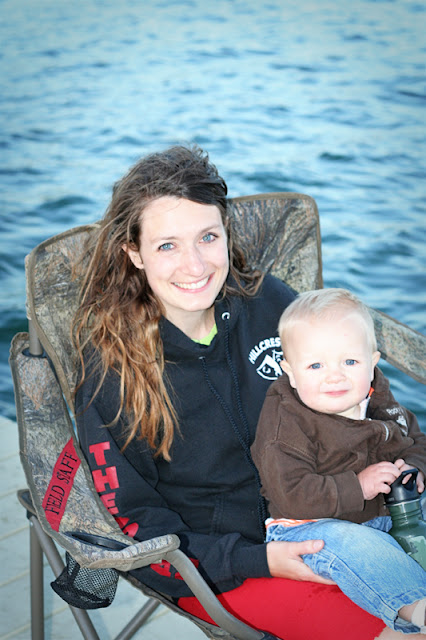 Bita was keeping the chair from blowing away.  Okay, so the wind wasn't that bad, but we did have to keep an eye on the bags for the folding chairs. 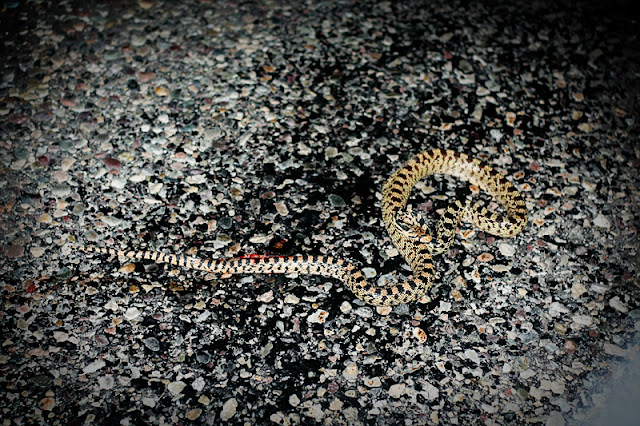 This poor little guy was in the road on the way home.  I tagged him before I realized it was in fact a snake.

It had been quite some time since Jared and I could get out on the water together.  What a great guy.  His wife is not too far from bringing their third into this world, which gave us all the more reason to enjoy this trip, knowing that he probably won't be getting out much in the next little while.

When trying to decide where to go and what to chase we settled on carp.  The Bear River is a fantastic carp fishery.  It doesn't often boast sizable fish, but the fishing is almost all visual/sight, and the carp are aggressive and willing most days.  A 5 weight will do.  There are also some decent sized trout hiding amidst the lava shoots, along with the occasional bass. 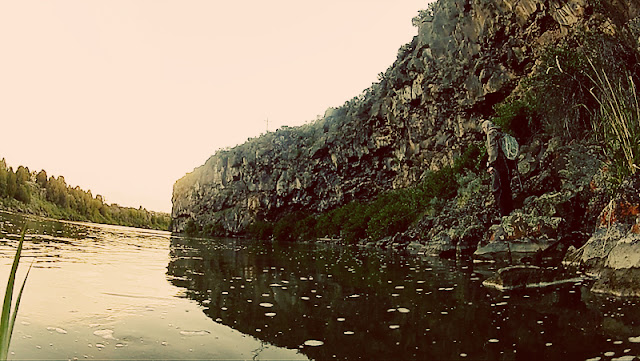 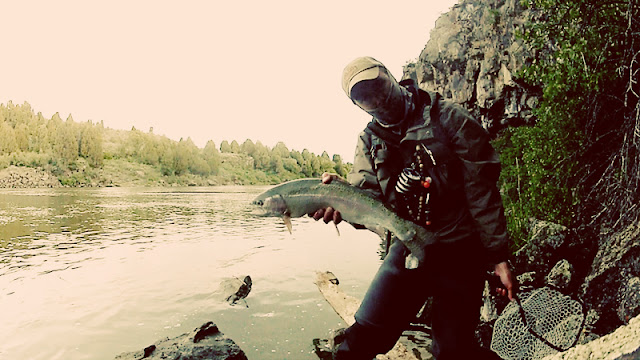 This trout started rising consistently about 15 feet out.  Not wanting to switch up to a dry fly I threw out the black leech pattern I had been using on the carp.  With the rod tip up I swung the fly just under the surface and seconds later connected to this scrappy guy who put up a surprising fight. 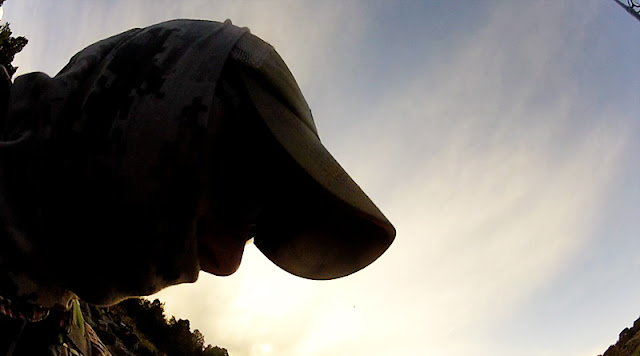 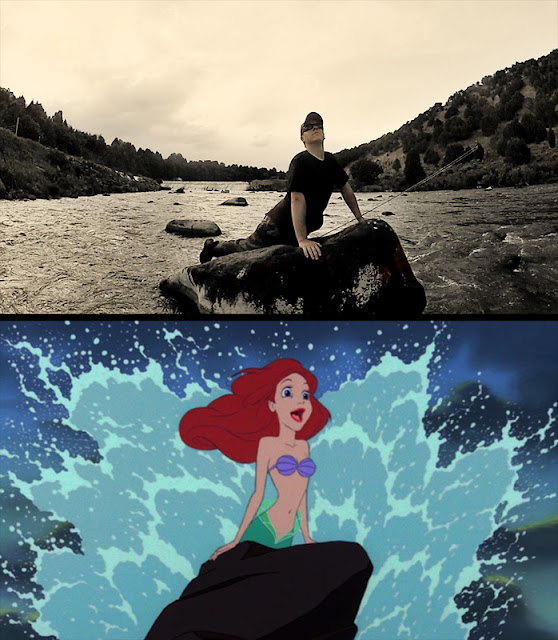 One thing I love about the guys I frequently fish with is their sense of humor.  We all laugh together, crack horribly punny jokes, and try to keep things relatively clean.  As Jared and I were packing up to head to another spot a ways down river we spotted this "mermaid rock" and couldn't resist.  Jared makes a pretty good merman wouldn't you say? 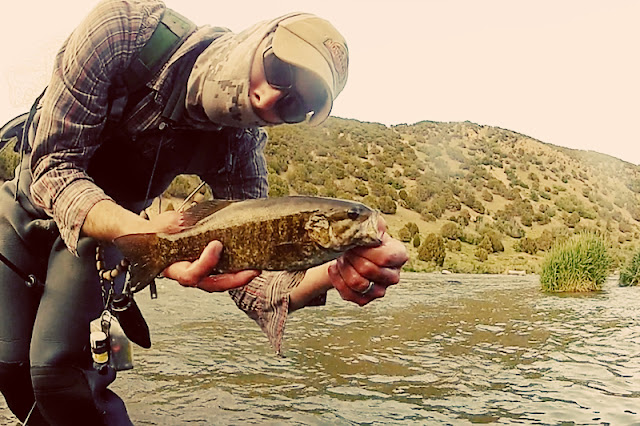 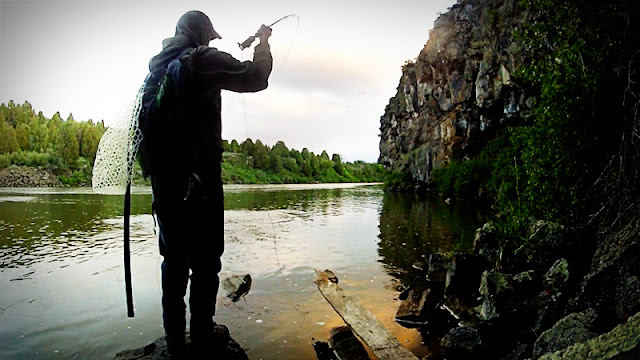 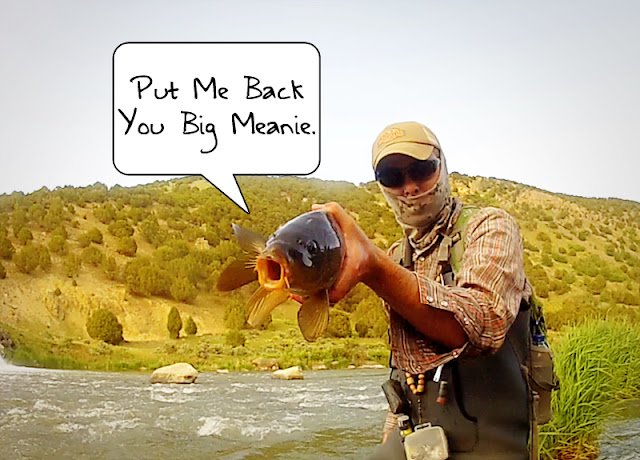 All in all if you enjoy sight fishing for carp, and don't care too much about catching a behemoth, you can't go wrong with the Bear.  Hotspotting you say? ... Oh no, please don't go catch them, there won't be any more left... ha ha, good luck there.

The weather was nearly irresistible last week.  Once again we wrangled up the kiddos, threw them in the car, and piled on the camping gear.  Man it is crazy how much stuff you have to take once you have kids, and all to sleep one night in a tent outside.  It was a blast and I would do it again in a heartbeat despite the packhorse feeling that accompanies a parent of three kids.


We love Warm River. It has a bunch of grass, is a relatively shallow river filled with a bunch of planters, has very well maintained facilities, and is just down the road from Mesa Falls.  Plainly put, it's family friendly.

We got there pretty late so after setting up the tent and starting a fire there was hardly light to do anything else.  William insisted on fishing just a bit so I hurriedly rigged up his rod and we managed one fish before it was pitch black out.  He seemed sated so we walked back to the fire, roasted up hot dogs, made smores, and hit the sack.  The next day we did quite a bit of fishing, mostly on dry flies, and then floated the river before heading home. 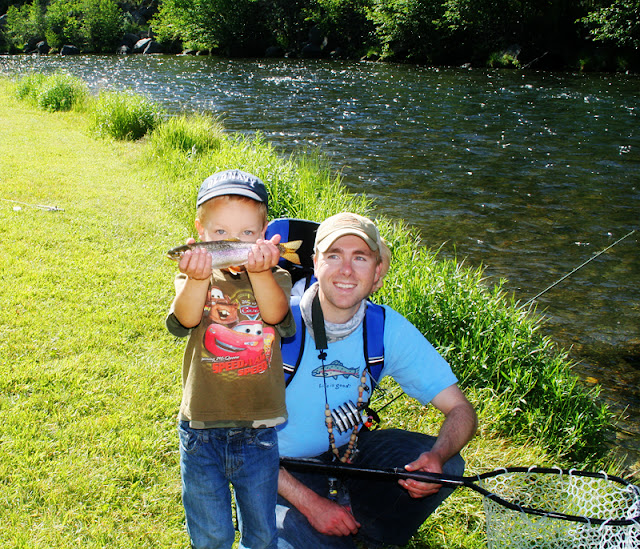 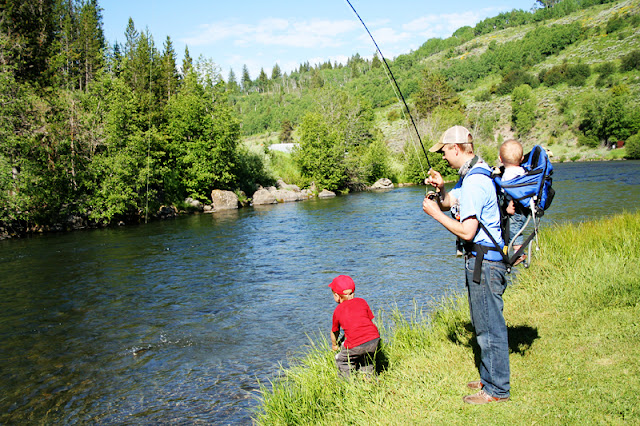 Isaac did an excellent job of netting the fish, and seemed to prefer that job.  Elijah enjoyed the ride, and Will casted away with his own rod. 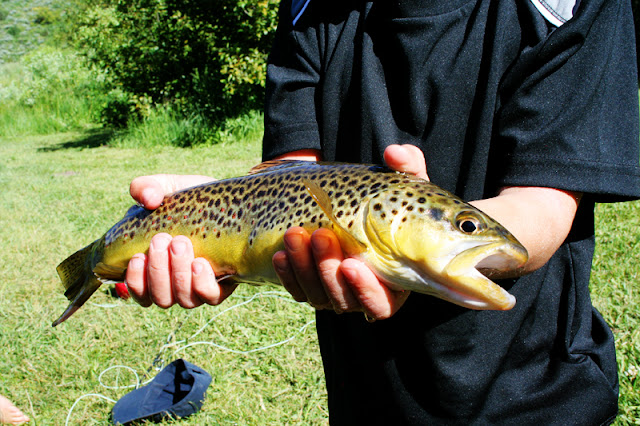 Last Saturday Shane and I wanted to get out and float the Nunya.  The flows were still up a bit with runoff, but the water was clear and we were itching to fish it.  We dropped off my car for the shuttle and headed up river.  After filling up the raft, rigging and wadering up we hit the water.  The water level changed the game a bit.  The fish were holding deep.  Fast water, streamers, and deep holding fish make for a tricky combo.  We managed a few along the way, but decided it fishes better when just a bit lower.  The Magic Dragon shouldered most of the load. 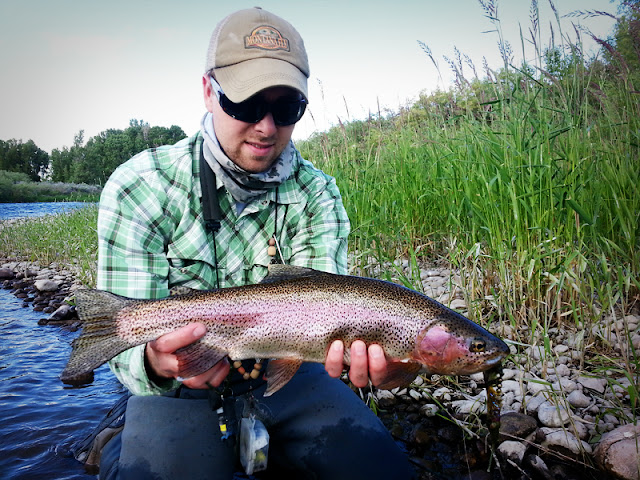 We happened upon some hatch that we had difficulty identifying.  It wasn't anything big, and there were hardly any caddis around, but toward the evening there were multiple 20"+ fish rising.  Whatever they were taking it certainly was small.  We landed a handful of smaller fish, but couldn't manage any of the larger.  I had a couple on, but lost them both to bent hooks.  It was a sobering reminder as to why I prefer fighting a streamer-caught fish.  Not to mention my dry fly skills are rusty!

We pulled off the river after dark.  Shane and I then did a bit of night fishing/exploring a bit further north.  Not much to show for it other than a couple chunky 10" browns.  Night fishing certainly has it's own personality. The next day I walked around like a zombie.  Night fishing (depending on how late) often produces a kind of coma/daze the following day.

As crazy as the summer juggling act is, between all the people and things that need attention, it's overall an enjoyable madness.  We are pretty blessed that often one of the big trials we face is the loss of recreation time.  I'll take the madness of summer over a sedentary or idle lifestyle any day.

It looks like another job is getting added into the mix in the coming weeks.  I'm trying to get a foot into the "medical experience" door and becoming a Psych Tech will hopefully do that. We'll see how it affects this already crazy summer.
Posted by Chris at 1:01 AM 1 comment: