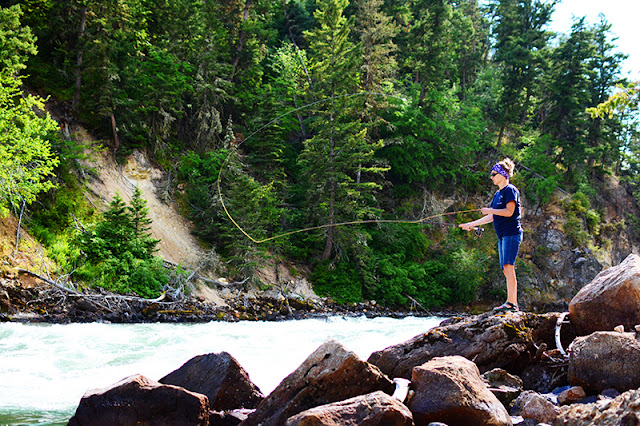 Water is filled with power. Immense potential just waiting to get the kinetic party started. To be frank, it scares me. It always has, despite my love of being around it, and has created a healthy respect. Sometimes the power is hard to see, especially on calm waters. But, try forcing that water through unyielding canyon walls or down into cascading craggy pockets. The frothing foam begins to resemble the seething slobber of an angry pitbull.

Physics makes a better friend than enemy. We fishermen deal with physics on a regular basis, even if we aren't aware of it. Forces and energy are always at work, heeded or not. Setting the hook too abruptly can rip the hook from a fish's mouth. Not setting hard enough won't transfer enough force to drive the hook into place. Pulling too hard can break tippets, bend hooks, and even snap rods. Wading upriver against the force of the water is a chore, if not impossible in some situations. Learning to befriend and work with the physics at work is a great way to become a better angler. Understanding the mechanics of casting, setting the hook, and using the rod to fight the fish will result in saved gear and more fish landed. 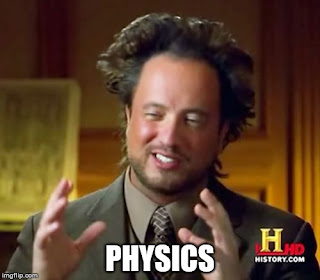 So much of fly fishing is conceptualization. Often artists picture an image in their mind before even taking a single brush stroke. On top of that, learning to use their brushes allows them to better bring their mental creations into existence.

Casting, mending, setting the hook, and fighting fish are only few aspects of our art, but visualizing the underlying mechanics and then learning to work with them adds to the result and beauty of the whole experience.

It is said that insanity is doing the same thing over and over again, expecting a different result. If that is the case, there are a lot of insane fishermen out there. The problem is, we learn by trial and error. Unfortunately, it is easy to develop a "working" technique that does enough to catch some fish, which causes us to become complacent and unwilling to stretch. It always comes back to the 80/20 (80% of the fish are caught by 20% of the anglers).  The real satisfaction comes when we work for it, and that means practice and trying to understand the underlying theory. This doesn't mean we have to go fishing all the time. It just means that we explore and improve in the time we have. Who knows, you might find yourself catching more and better fish because of it.

Casting is hungry work. What better way to satiate that hunger than to feed the mend. Mending is part of the casting process, often done just after the initial cast, but other times done simultaneously. The idea is to keep the fly in the optimal zone as long as possible once the cast places it there. Mending prolongs the presentation. It takes practice and can be quite frustrating at times. Different lines and rods mend differently. Wind or fast moving water can add to the struggle.


There may be a more technical or regularly used term for this tip, but since I learned the principle through experience I will refer to it as "feeding the mend." This applies to the mend that is done post initial cast.

Picture yourself having just made a diagonal cast upstream to begin the drift. A second after the current grabs the line and begins hustling it down river is when most guys throw in a first mend. Once the line is straight in front of the angler or just a bit downriver from him is when the second mend is often placed. In both instances, a common problem we run into is that by mending the fly/indicator/line is pulled from it's prime landing spot. So how to fix this? Feed the mend.

It's a simple trick really, and maybe most people do it already, but I was slow to catch on. The idea is that as the line is pulled up and rolled over for the mend, you let some additional line out. It has to happen as the mend is occurring though, mid-mend if you will.  This will allow the mend to occur by taking line from you, rather than pulling the fly-tipped end back and out of the zone.  I usually let my line go as I mend so it can take as much as it needs.  The extra line you let out can quickly be recovered as the drift continues, allowing you to retain your hook-setablity.  Applying this simple little tip will let your nymph or dry or even swung streamer to stay in place far longer, which will result in more hookups. It takes practice, but is well worth the effort. Give it a try.