Night Fishing Does Not Suck (nor does chocolate pudding)

Maybe the thought that fishing "just isn't good right now" is a good thing to think during the winter.  Maybe having times when the fishing is not good anywhere would be healthy.  Maybe it would keep me off the water.

And besides, the fishing IS always good...  somewhere (to my wife's chagrin).  This is where self control is necessary.  Sometimes I feel like a fat kid with a giant bowl of chocolate pudding sitting right in front of my face.  It stares me down.  It calls to me.  The sweet creamy chocolatey goodness beckons.  Take away the spoon and there will still be trouble. Oh the turmoil of living in southeastern Idaho.  It is a trial, but alas, it can be survived.

If the pudding sits there long enough, there will be aftermath.  You know what follows.  Pudding is everywhere in one great and glorious mess!  All over like a baby with a birthday cake.  And so it goes, just another day (or night) spent smearing that chocolate pudding all over my face. 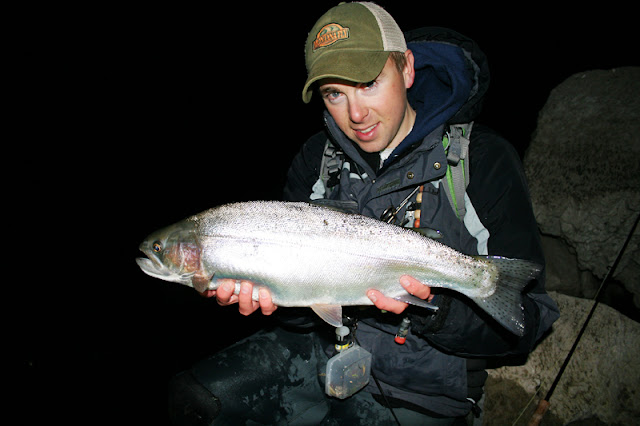 As the sun sank into what seemed like the belly of the earth, Shane and I stood for a moment to drink in the view.  The fishing had already been pretty good.  We were headed back to the truck to grab a bite to eat, warm up, and let dark settle in a bit. Who knew the fires of Mordor could be so pretty. 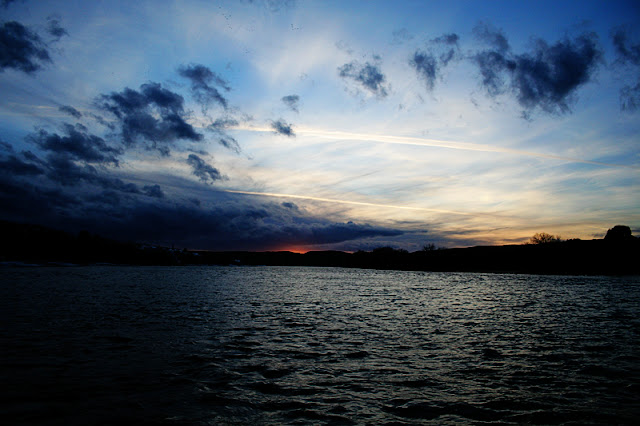 After our break the plan was to go in search of nocturnal footballs with fins.  Having afternoon classes makes it difficult to get much time on the water during the short daylight hours of winter.  I suppose that is part of the reason for exploring night-fishing possibilities, even though snow is on the ground.  Truth be told, the weather has been warming and we probably would not go out if it were much colder.  De-icing the guides every cast is no bueno. 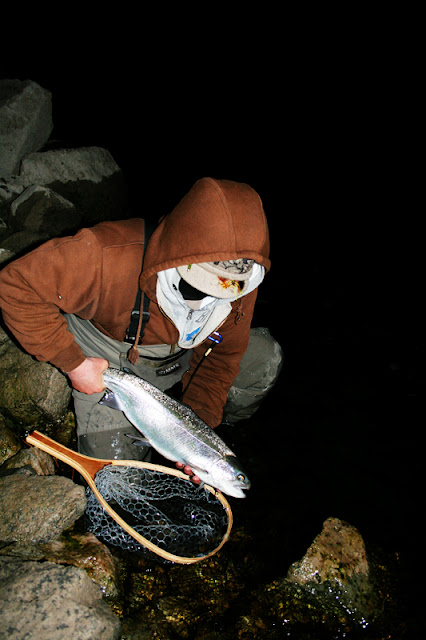 We did quite a bit of searching before we did any catching.  The wind was howling, which makes sharp streamers hurtling through the air seem all the more ominous.  It's always a rush to hear a "whoosh" and feel a puff of air right by your ear.  The wind was pushing into the bank, which must have been the ticket.  Bring on the food-conveyor belt.  We would cast parallel to the bank, let it sink, strip strip, let it sink, strip strip, and POW!  Sometimes we had to practically land the flies on the bank, but it was worth it because more often than not it would result in a take.  When we kicked our lights on, injured minnows could be seen floating around, trying to swim.  No wonder the fish were stacked against the bank.  They were playing sloppy seconds.  Things started slowing down a bit around 12:30am and we decided to call it a night.


Black and white, or straight black streamers were the go-to flies.  Floating lines made it easier to slow down the retrieve, though we still caught fish on the sinking lines.  Night fishing during February in Idaho still blows my mind.  It makes me all the more excited to explore new night locations throughout the summer.  If you haven't tried it yet you are missing out.  It is work, and can be a bit awkward until you find your groove, but it pays high dividends.  Get out and look for your bowl of chocolate pudding.  It can be messy, but I can tell you this, it does not suck... no, not one bit. 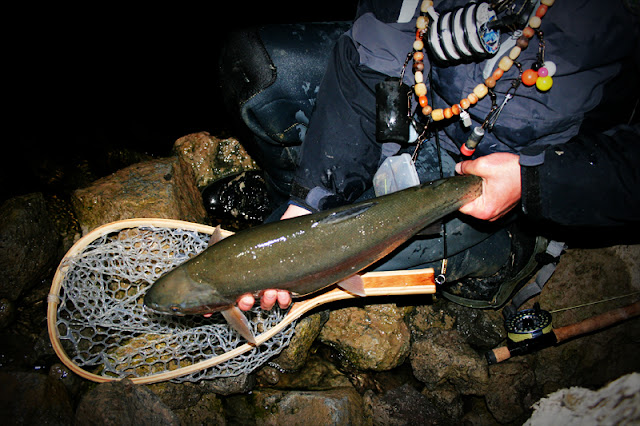