Deep roiling water is one of the toughest places for a fly fisherman to access.  The combination of current and water depth keep a fly from getting deep enough, with enough time to actually get a presentation in the hole.  Oftentimes we anglers cast to such places, and when we don't get a take, we assume there is no fish in that particular spot, when in reality we just weren't getting in the zone. In fact, I think many fly anglers poorly understand just how long their subsurface flies spend in the actual fishy zone.  On average I would say that a cast maybe spends about 1/3 to 1/2 the time of the actual drift in the zone, and less when there is increased current or water depth.  Anglers can compensate for this, when they understand the need, by casting further upstream or using more weight.  Casting upstream can allow some access to this deeper roiling water, if there is a place to cast upstream, and if there is not a great likelihood of getting snagged in the water upstream of the hole you are trying to fish. 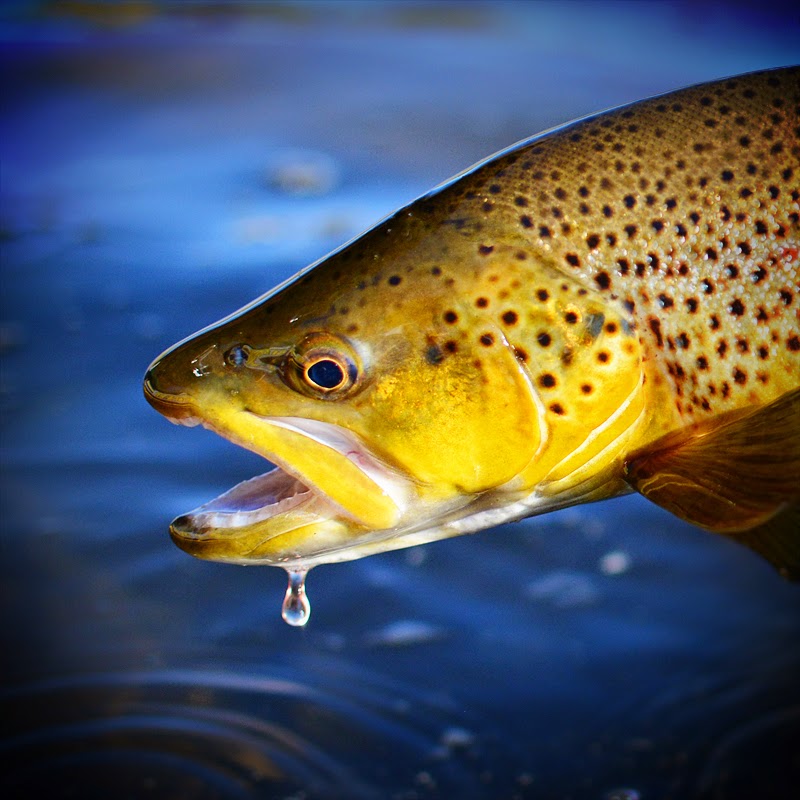 Adding weight can be a great way to get to the zone quicker, and stay there longer.  The drawback with more weight is it can result in many more snags. With nymphing, getting good at setting indicator depth can help with this issue. With streamers, adding weight can be tricky because they are usually fished on a retrieve, rather than suspended.  Tying more weight into streamers helps them stay in the zone, if you are using a floating line, but can cause anglers to fish a streamer faster than it should be fished, because there is a fear of snagging and those dang things aren't cheap to buy or tie!  This problem made me want to find some way to keep my weight, but lessen my snags. Ultimately this pursuit has lead me to jigs.

My buddies and I always joke that if you want to catch good fish, you have to go where the rednecks go. It's a joke, but we are serious.  On that note, it doesn't hurt to have some redneck in your blood either.  When redneck meets fly fishing, some type of guerrilla warfare results. So dirty, and yet so effective. It's not pretty casts to sipping risers and it's certainly not using silk lines or light tippet.  Those who choose to keep an elitist attitude with fly fishing are more than welcome to their opinion. Everyone has their "this is fly fishing and that isn't" line in the sand.  In the meantime, I'll just be over here, in my redneck ways, enjoying catching fish.  I guess you can't please everyone.  In the end jigs and fly fishing are a unique marriage. They are deadly effective, different to cast, and are becoming quite popular both with nymphs and streamers. One of the unique characteristics about the Skullcracker streamer is that it is tied on a lead-headed jig. 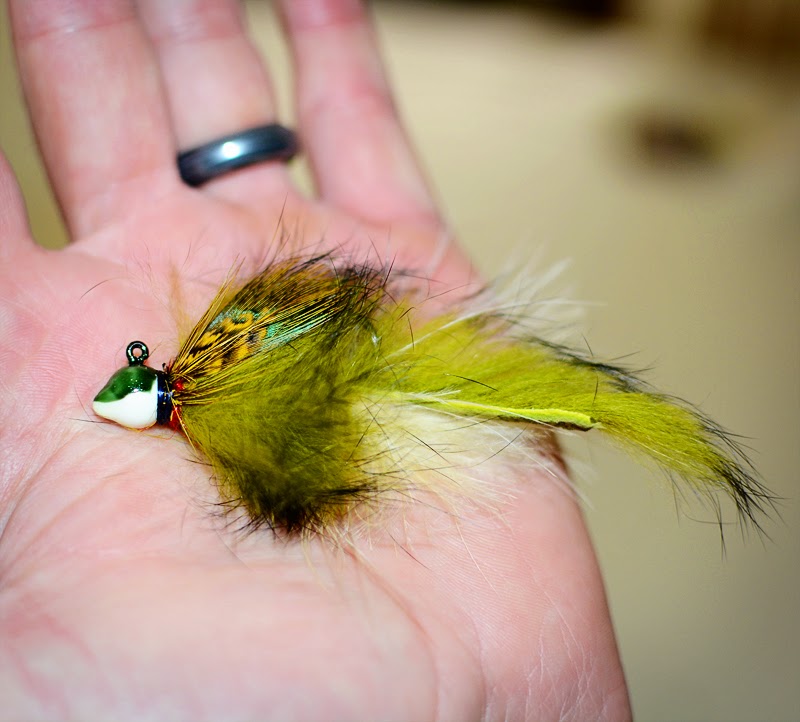 The Skullcracker streamer was designed specifically to fish deep, churning water - behind rocks in heavy rapids, below water falls, and fierce eddies.  Since it's creation, I have come to use the pattern in many other circumstances as well, and have found it quite effective.  I even nymph with the pattern, but usually with smaller renditions than is shown here.  It has been a great weapon to add to the arsenal.  I even think it would be killer for bullies in deep pools, but I haven't been able to try that theory out yet. The articulated version has a bull trout's name on it though.

I usually fish it in tandem with an unweighted Skullcracker (Skullchaser) about two feet behind.  The duo is pretty killer, especially in the fall.

Hook - Jig of your choice.  I prefer 1/16 or 1/8oz for my streamer.  Gamakatsu are the best, but pricey. Wapsi makes a "Super Jig Head" jig that is made with Mustad hooks, and they are my main staple because of the lesser price.

Paint - Lead jigs require a painted head for the most part. Protec Powder Paint is probably the toughest option, but applying it requires a heat source (heat gun) and some forceps.  It still chips, but not as quickly as other options.  Nail polish is probably the easiest way to paint a head, but it chips pretty quick.  I have been meaning to try putting a coat of Softex over a painted head to see if it adds to the durability, but I have yet to pick up any Softex.

Optional Flash - Polar UV Chenille adds a very nice and subtle bit of flash to the fly.  Simply tie it in at the same point where the rabbit is first tied down and wrap it forward alongside the rabbit strip.  Holding them side by side as you wrap makes it easier and keeps from covering up one with the other.

Fly Tying The Skullcracker Streamer from Chris Cutler on Vimeo. 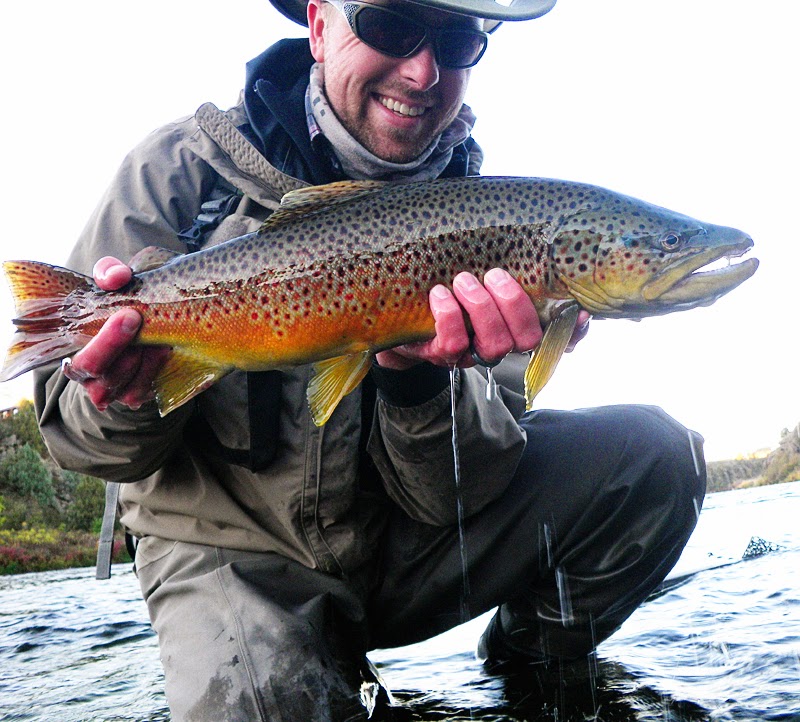 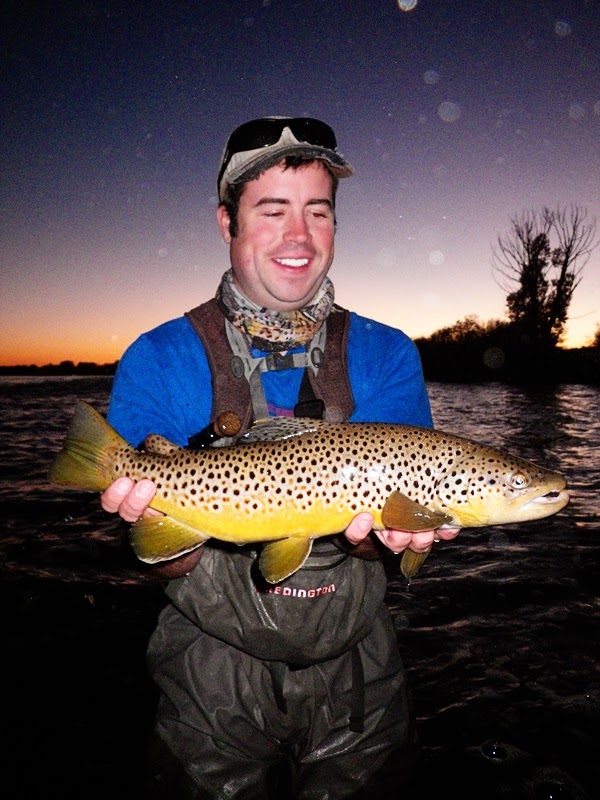