The fish was now within nets reach, but to my surprise when I reached back to grab the net and gave a tug nothing happened.  Nothing as in the net stayed right where it was.  Well, what did I do... what most men do in those moments... I pulled harder.  Apparently magnetic releases don't do so well in their releasing when everything outside is in insta-freeze mode.  I ended up with a net in my hand, but the key ring that held it to the magnet was magnificently bend.  I laughed, netted the fish, broke some more ice off my guides and kept fishing.  It felt great to be back on the water.

This past month and a half has been crazy.  I was under the impression that the three week break between semesters was going to be filled with family, fishing, and a general state of R&R.  This was not to be.  The very weekend after finals a nasty bug found my internals, thought it to be a cozy place, and set up shop.  The kids and myself were all down for the two weeks leading up to Christmas.  Fortunately the Mrs. and the baby escaped the nasty critter.  Between homemade Christmas presents, family activities, and recovering there was not time or energy to do much else.  Fishing is always the indicator of how sick I am.  I usually ask myself, "would you still go fishing?" and if the answer is no then it is certain I am Ill.

After the craziness of the holidays settled down and we all were feeling close to 100% I decided to pack up the boys and go ice fishing.  We went three times in one week, the last week of my break.  The last trip we rolled up to the lake only to find the temperature on the van reading -18 degrees.  It was cold and I kept asking myself what I was doing just after being so sick.  It was fun, and I'm sure William appreciated getting out so much in one week.  That kid is getting better at hooking fish all by himself.  It can be a tricky business when the bite is light, but he has managed at least one on each outing.


And now school has begun once more.  Classes are back in full swing and the prospects to place a fly rod in my hand are oddly increased.  Having a campus so close to so much good water is a fortunate thing indeed.

And so it goes, toward the end of the first week I found myself, rod in hand, wading across a frigid river.  As I navigated around small floating icebergs I thought to myself how wonderful it was to be out again.  A month and a half had passed since a fly rod was in my hand.  I think that is some new record for me.  It was good.  Family will always be the most important and I was able to get my head on straight again.  With the priorities realigned though it felt fantastic to address the aching in my bones to be on the water.

Guides, rod, reel, and fingers were all frozen, but I didn't care.  There is nothing quite like the bright colors of a winter trout on a silent winter day.  The snow kept falling, not another angler was seen, and the fishing was great.  Cold and content sums it up well. 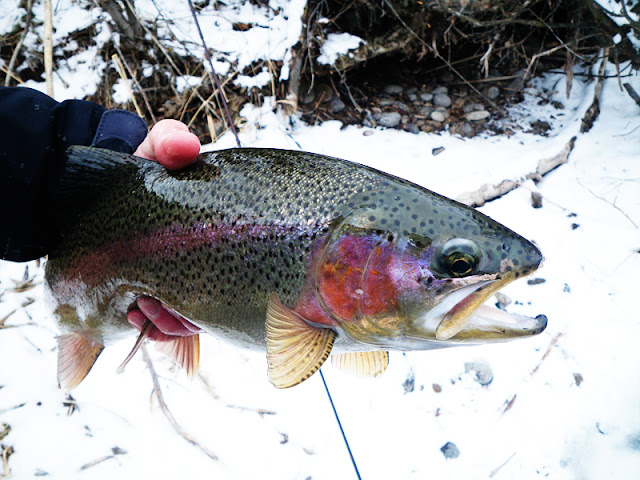 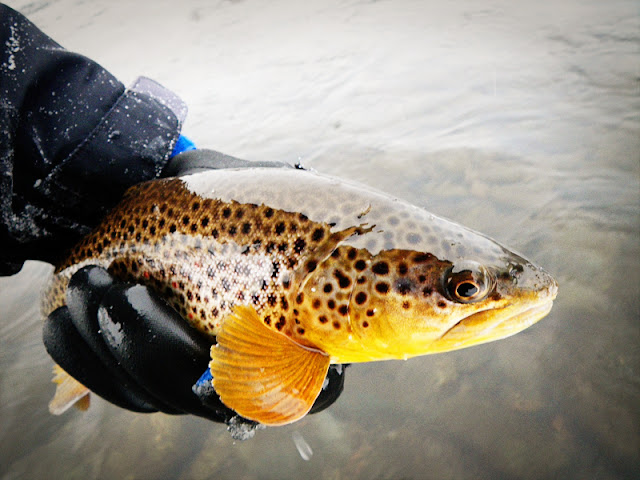 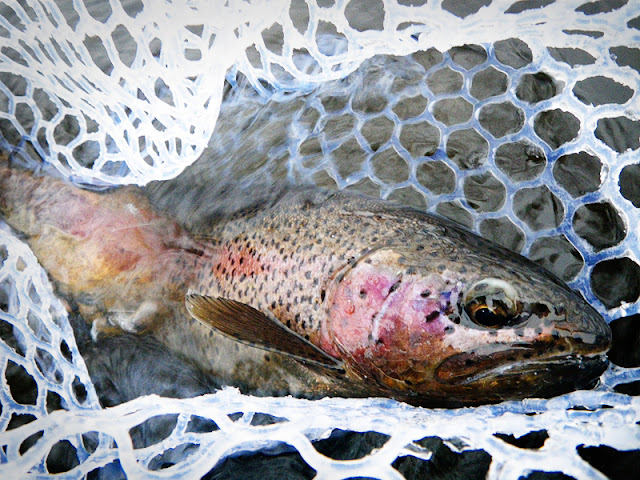 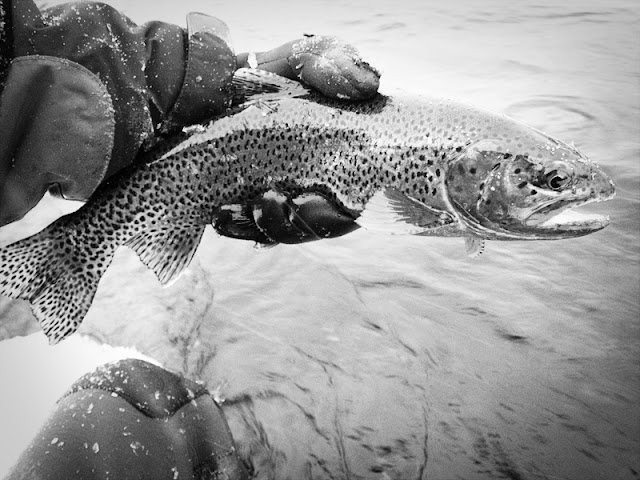 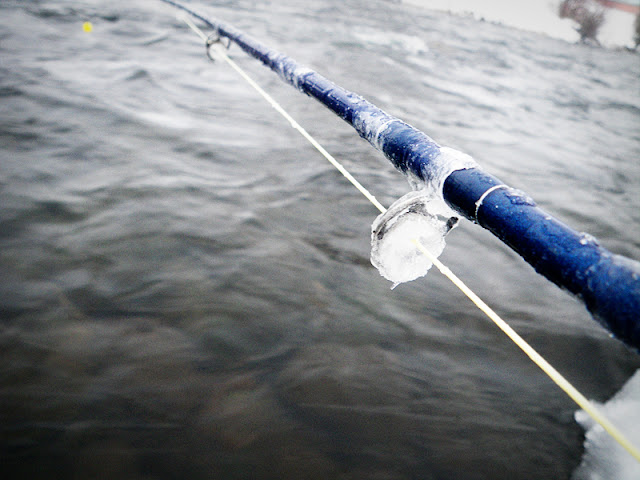