Charlie Brown, what are you doing here!?

Sometimes the unexpected moments are what make fishing so enjoyable.  Yesterday was my birthday, but the party was postponed till this coming weekend.  Instead the day was spent with my nose in a chemistry book, followed up by a short trip to the testing center.  I finished the test up at 10pm, headed home, worked on my pre-calculus, and then tied flies till 3am.  What can I say, some flies needed to be tied.  As my friend Kyle says, you can sleep when you're dead.

Today, after getting out of classes around 10am, the plan was to meet up with Jared and fling a fly.   He couldn't meet up for another hour and a half so I decided to go keep the fish company in the meantime.  The section of the Teton that I usually fish has become soft water again so I thought to give it a try while I waited.

After one little cutty... 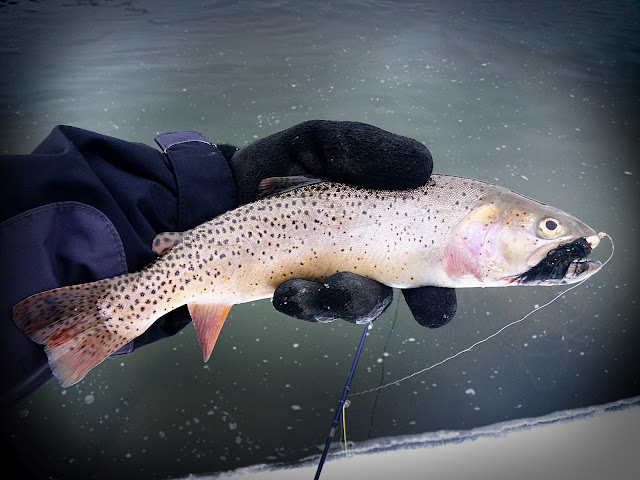 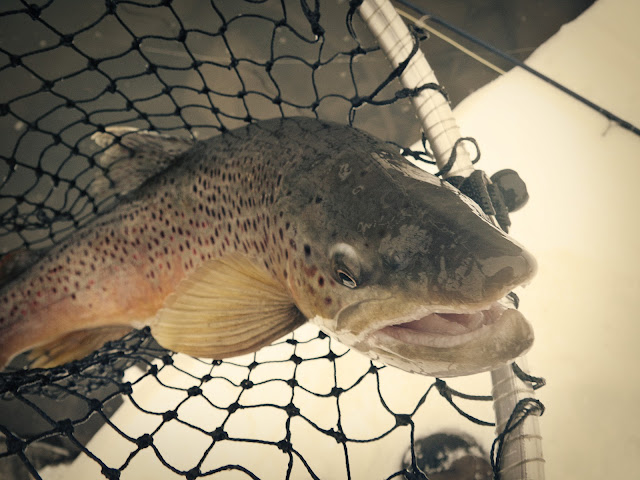 To my knowledge, there aren't any brown trout in the Teton River.  At least I didn't THINK there were.  Charlie (the) Brown was a beautiful fish.  The colors made me wish I had taken my SLR, because the video and pictures don't do him justice.

Later Jared and I met up, he treated to breakfast burritos at Gator Jacks (thanks again), after which we recommenced fishing on the Teton.  It was slooooooow.   Some more small cutties were managed, but the warmer weather has spoiled us this winter.  It was COLD and our guides were constantly freezing up.  The fish were sluggish, but I'll take any day fishing over work or school.  And who can complain about a beautiful healthy brown trout.