WARNING! : This post is excessive in pictures.  Just a heads up.

Fishing has so much to do with feeling it can be a difficult thing to pick up.  There are many mechanical skills that fit nicely into a fisherman's quiver, but unless you are in the zone (both mentally and mechanically) not much can happen.  Steelheading is no exception.  It can be grueling in the amount of effort and mental exertion it requires to get into fish.  If you stop paying attention, even for a moment, the magical moment to set the hook can be missed.

It is simple.  Fish meander to and fro in what I like to call "zones."  These zones, which are often referred to as "lies," fit into two main categories.  One is for protection and the other for feeding.  I really think much of what it is to become a good fisherman is found in understanding where "the zone" is, how to get your bugs in it, and making your rod and line an extension of your body.  That is where the fisherman has to "feel it."  No connection, no love.

The alarm went off at 2:30a.m. to which my body obediently sat up and started fumbling around in the dark looking for the last minute items to pack.  Toothbrush. Check. Pillow. Check.  Food from the fridge. Check.  After corralling all the miscellaneous gear together I had a moment to sit and wait.  As I sat there in a zombie state of mind, all that went through my head was "why did I stay up so late tying flies that I probably won't even use...".   Moments later my old friend, and occasional fishing companion, Gus pulled in the driveway.  While loading the Outback (appropriately dubbed the "War Wagon") we found that neither he nor I had acquired more than an hour and a half of sleep.  This happens every time despite the vehement vows I make to myself that I will go to bed early next time.

The drive was spent reminiscing our high-school days and enjoying some good tunes.  It was pretty uneventful, that is until we hit Mackay.  Animals were everywhere.  Deer and elk were out and about, taking advantage of the full moon.  We had an absurd amount of starts where we thought a four-legged creature was about to put a literal dent in our trip.  Gus was a champ at the wheel and navigated the war wagon through the whole trip without incident.

We rolled up to the first potential hotspot only to find a guy hurriedly getting out of his trailer (which was right next to the water) with a headlamp on.  He hustled down the bank to claim the water, and not being in any mood for a spur of the moment sprint to the finish we moved on.  It was clear that this would be a get-up-super-early and stand-in-the-cold-water-fishing all the while hoping-you-don't-hook-yourself-in-the-dark-with-a-heavy-rig spot.  We had the pleasure of meeting this gentleman on a later occasion.

We moved upriver to fish some less coveted water.  After some sketchy buddy-wading and flogging the water we headed even further upriver to meet up with our friend Gilbert (check out his site), and his dad and brother.

It wasn't until the afternoon that we started getting into fish, and even then it was slooooooow.  Once the sun started to kiss the mountains fish started moving.  Then it was game on.  Everyone around us started hooking fish.  This was Gus' first steelhead trip and he did awesome.  He hooked multiple fish, fought some for longer than others, and in the end managed to land one.  Day one turned out to be the most productive of the three. 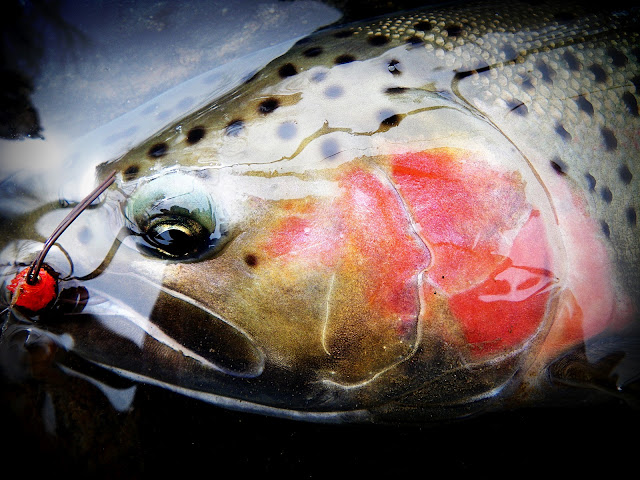 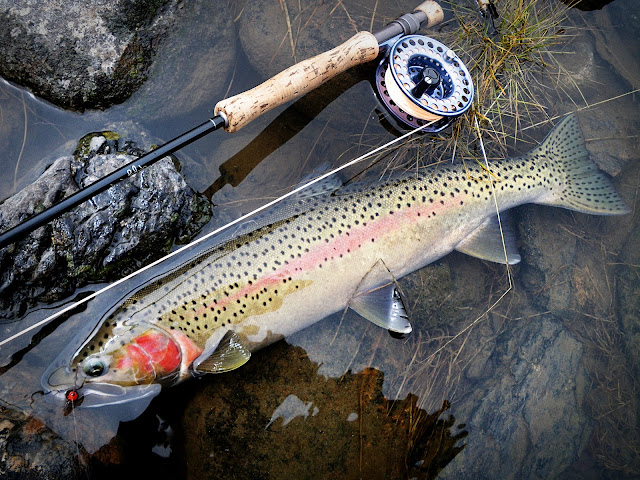 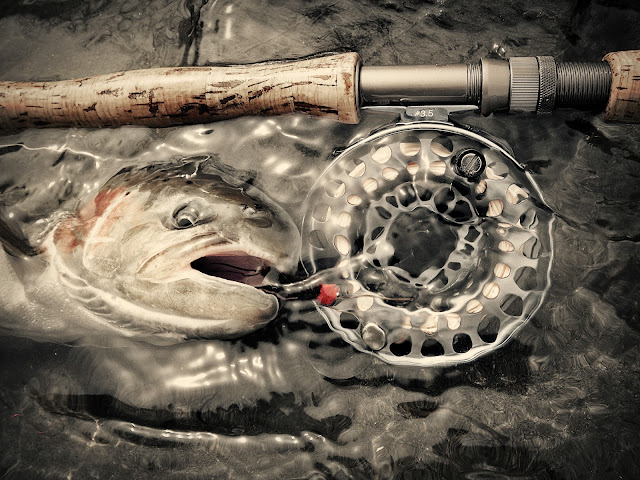 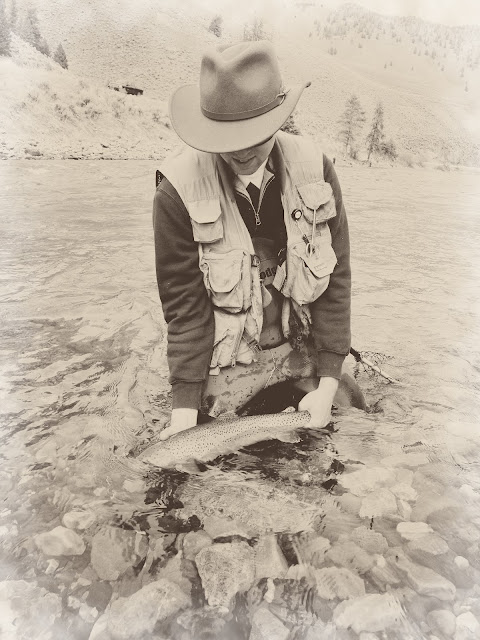 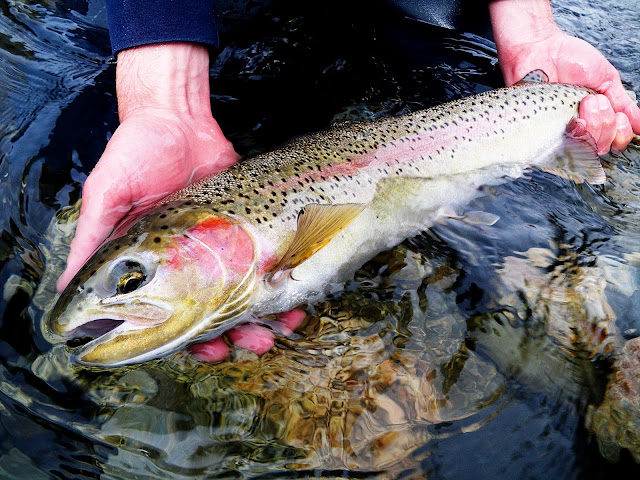 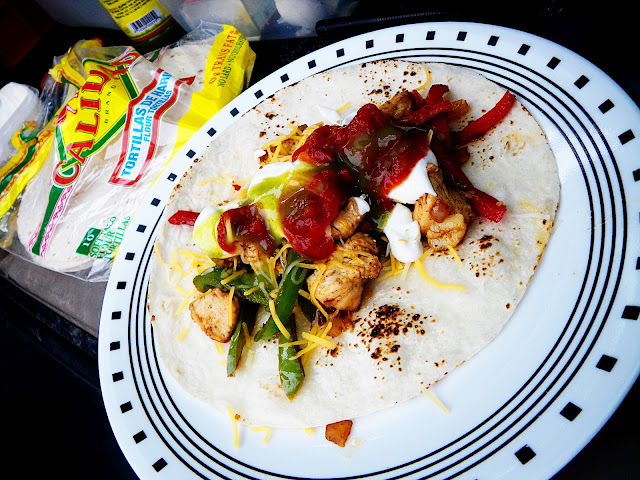 One thing about Gus is he enjoys cooking and good food.  With the afternoon fishing a bit slow, we decided to take it easy for a bit and cook up dinner early.  Gus made some awesome fajitas.  I'm craving some right now in fact.  There was no want for good grub the entire trip.  Steaks, breakfast burritos, and even some dutch-oven potatoes courtesy of Gilberts crew. 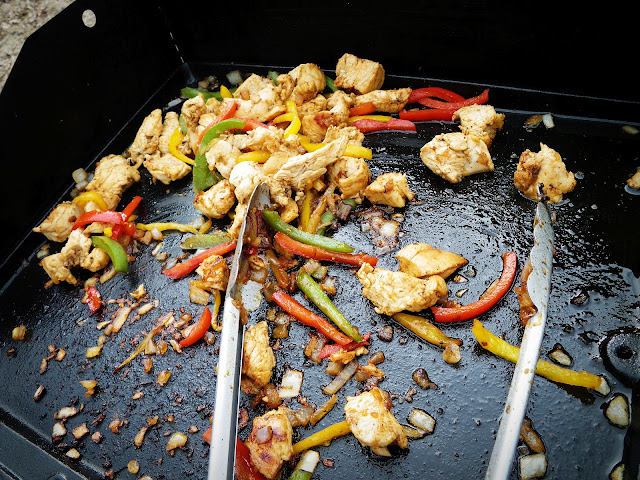 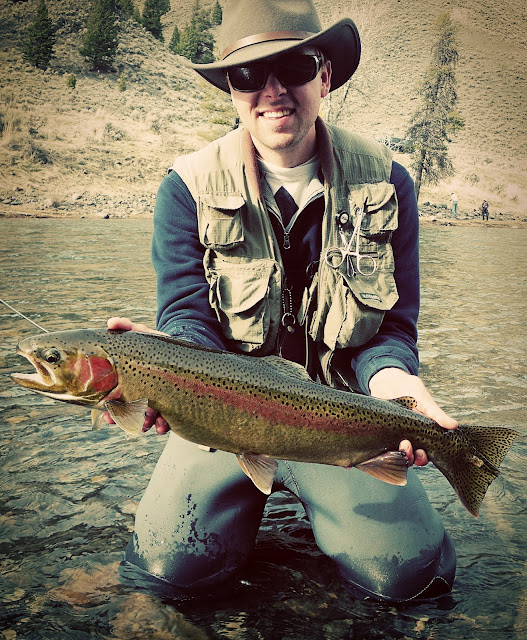 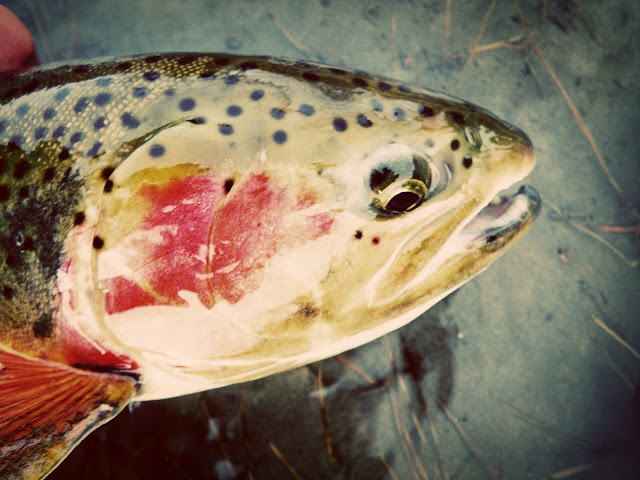 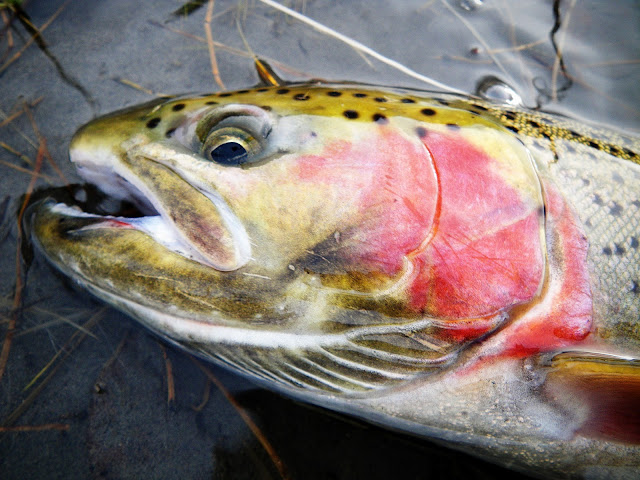 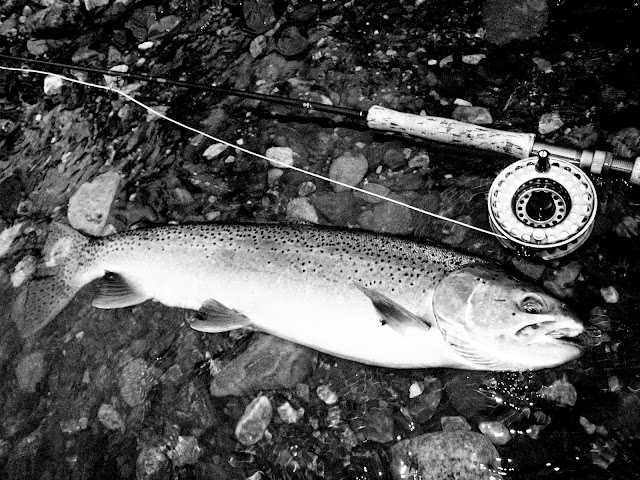 After a great day of casting, intermingled with some catching, we made our way back to our cozy (read ghetto blast from the past) accommodations.  When we first arrived and went to check into the motel, there was a sign that said "office."  When you walk in you find yourself in the bar, where the lady behind the bar is in fact the manager.  Good times.  I'm pretty sure someone was murdered here, and the that the bed sheets are the originals that were purchased in 1972. 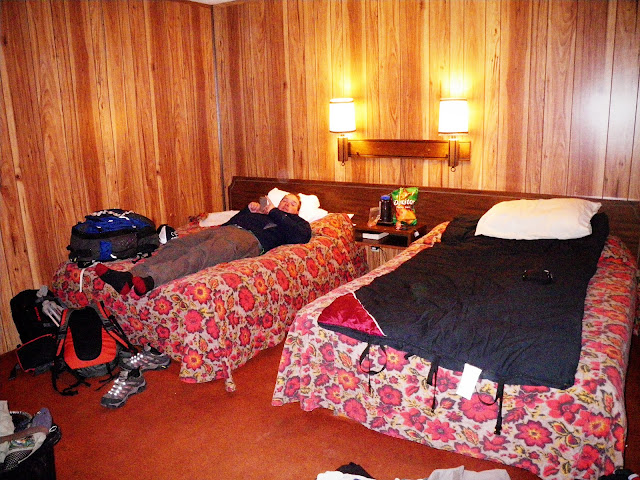 Day two began after a short nights sleep.  We decided to start at the same water we had fished the evening before.  It was slow and the day was not overcast like the previous had been.  We decided to explore other waters and even headed up to Stanley to check out the fish hatchery.  In the end we were back to the same spot, expecting similar results from the evening before.  Gus managed one in the afternoon when no one else was catching.  When evening came the fish did too, but not like the day before.  We managed a few, which made the long day pay off. 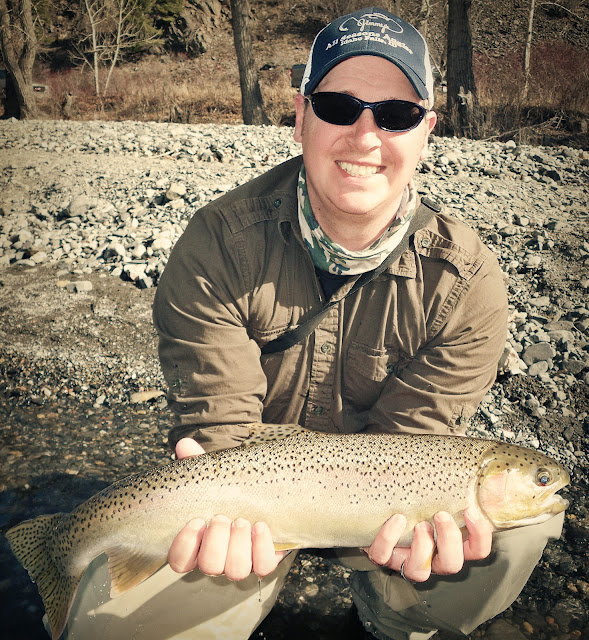 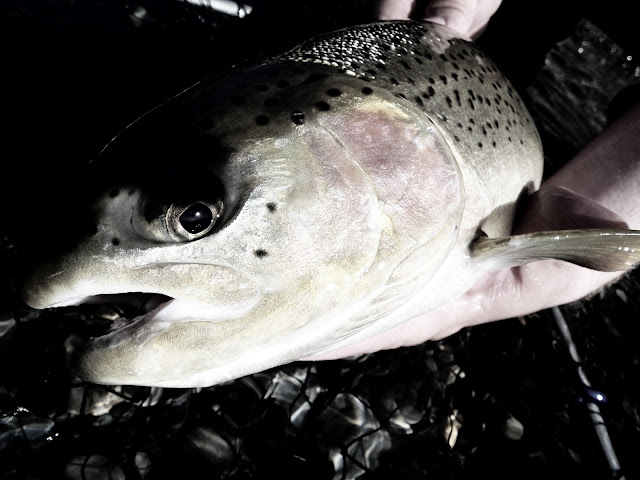 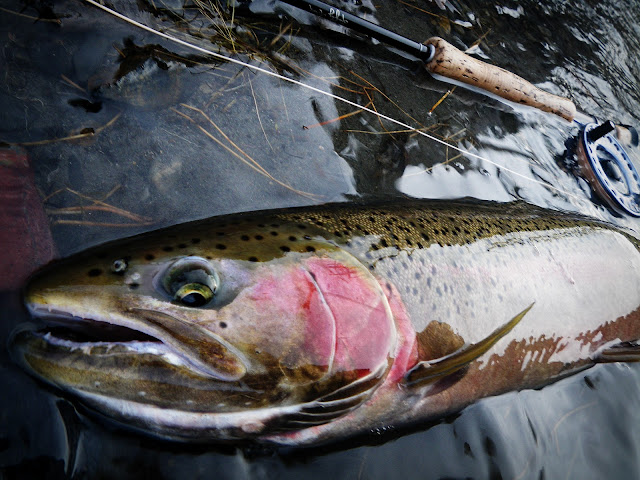 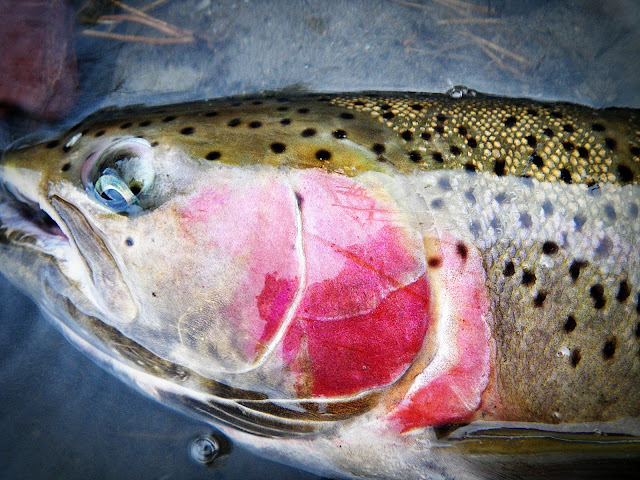 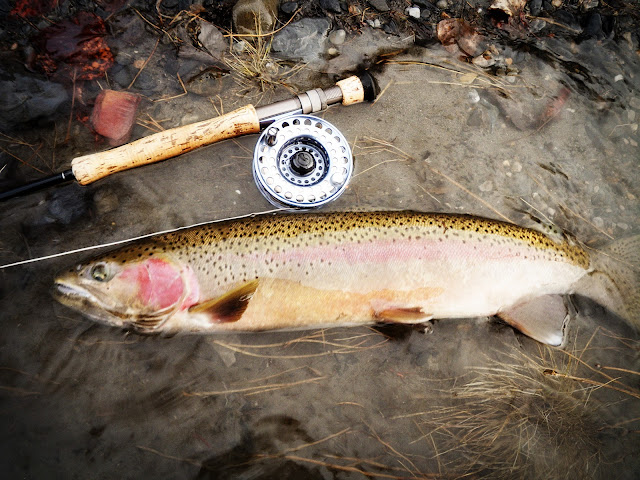 On day three we decided to get up extra early to try and fish the first place we had stopped on day one.  The moon was still in the sky when we parked.  We had already wadered up before the drive so we grabbed our gear and walked down to where we intended to fish.  Standing a little ways out into the water we rigged up under the light our our headlamps.  Moments later the gentleman (a term I use very loosely here) with the camper came out, with a head lamp on.  He then proceeded down to the water with a cordial "morning," walked directly in front of me, and started to cast.  When I asked him if he really intended to fish directly in front of me, he went on the defensive and started citing every reason he could think of as to why he deserved it.  Some words were exchanged, and after a little while of doggedly fishing beside him, we decided to find friendlier waters.

Upriver we went.  The weather was colder, the skies were overcast, and the river was up almost a foot.  The change in water temperature seemed to slow the fish down.  We did some more exploring throughout the day, knowing we had a sweet spot to return to in the evening.  We were able to do some sight fishing this day, which was pretty exciting.  Later in the afternoon Gilbert's brother hooked into a beautiful wild male.  Not long after that he and his family took off, starting their long drive back home.

Gus and I stayed a few more hours, which paid off.  We both managed to get into fish and do some more sight fishing.  As the late afternoon was still a bit slow we took turns casting and relaxing.  We wandered around and took some pictures, cooked up some lunch, and took things a bit slower.  Misty sheets of rain sprinkled a bit and the wind decided it was feeling left out, but we endured it knowing that fish would come.  "If you fish it, they will come...." (Said in an echo-ey mysterious voice).  We stayed, and as you know, some came. 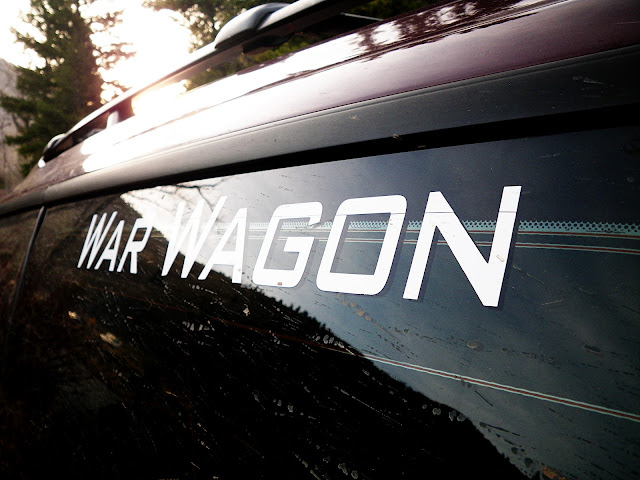 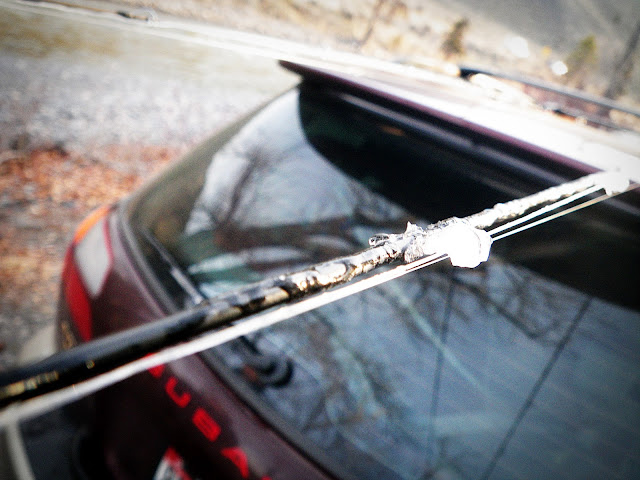 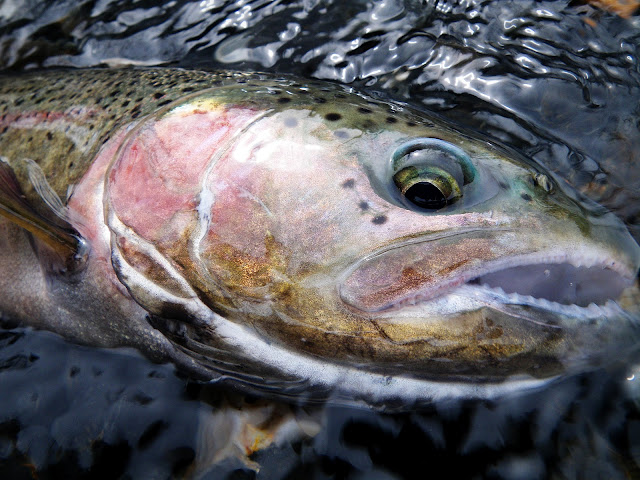 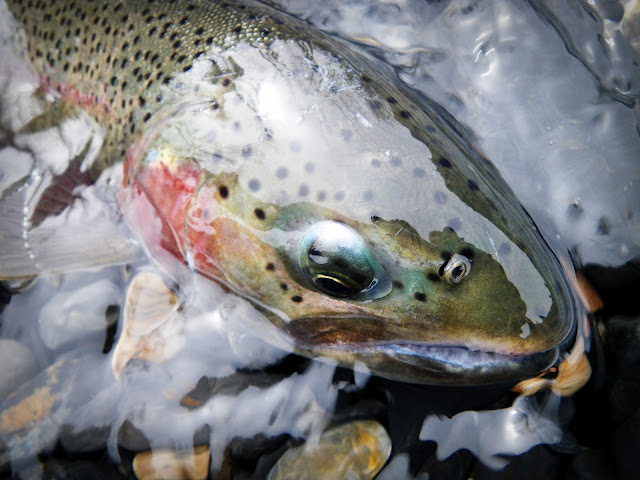 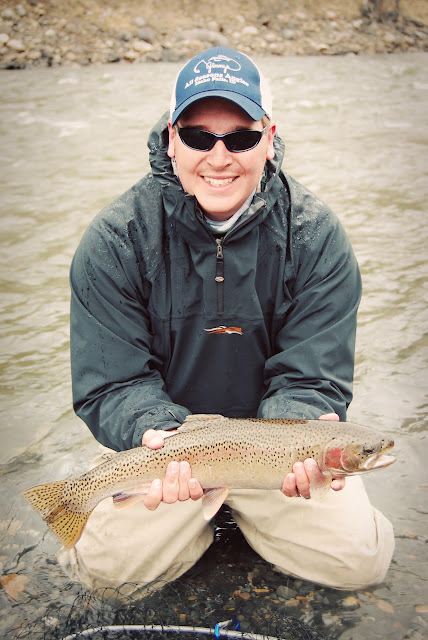 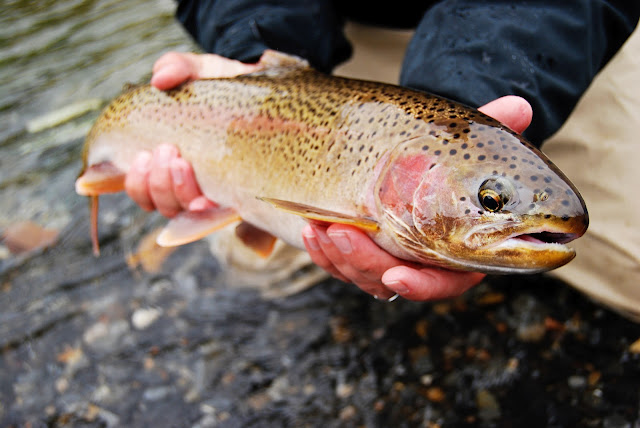 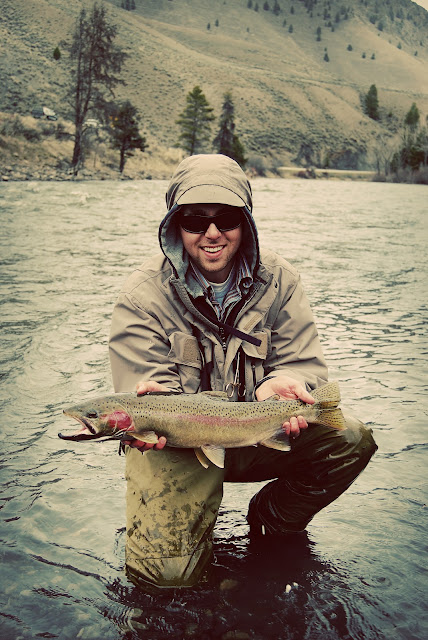 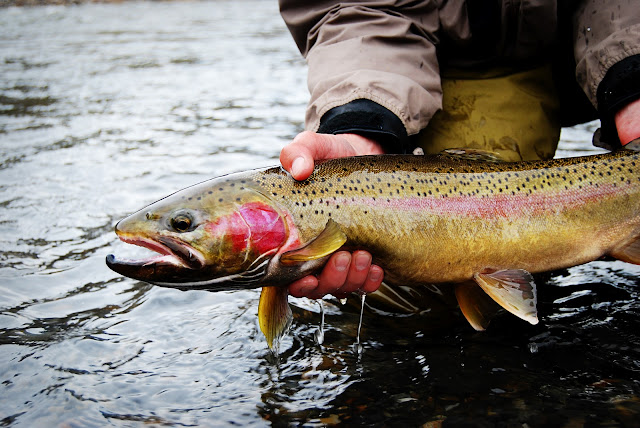 My time to spend on steelhead is used up for this season, which has me already dreaming about the next.  I love Idaho's diversity.   Thank you steelhead, for traveling so far.  And Mr. Trailer Guy, wherever you are, well I just don't like you all that much.
Posted by Chris at 12:31 PM