Trout and Carp and Awesomeness, OH MY!

Monday was set to be a beautiful sunny day with temps in the upper 40's to low 50's.  Well, the weatherman got it right.  It felt like taking the first real step through Spring's door.  We left town before noon and made it to the water around 1p.m.  The water had dropped at least a foot since the last carping attempt.  This pushed the carp into different areas, and we couldn't find them at first.  Since there weren't carp to be found initially we set to finding some trout with streamers.  After getting to the spot I intended to find trout I was surprised to see a pod of carp just off the edge in about 3 feet of water.  With my large black articulated streamer already on I made some slow retrieves trying to get the fly on their dinner plates.  Only a few casts in and BAM!  A large bow crushed the streamer. (Didn't see that coming.)  It was a beauty that almost looked like a small steelhead.  The day produced a surprising amount of large fish.

Shane later discovered a decent pod of carp.  Some were sunbathing, some were cruising, and a few were looking for lunch.  They  weren't active enough yet to chase down a fly, but if you could get the offering right in from of them, they would take.  Shane and I both managed one carp before they dispersed.  He nailed a beastly mirror with his trusty san-juan, and I tagged a medium sized common on a large black leech. 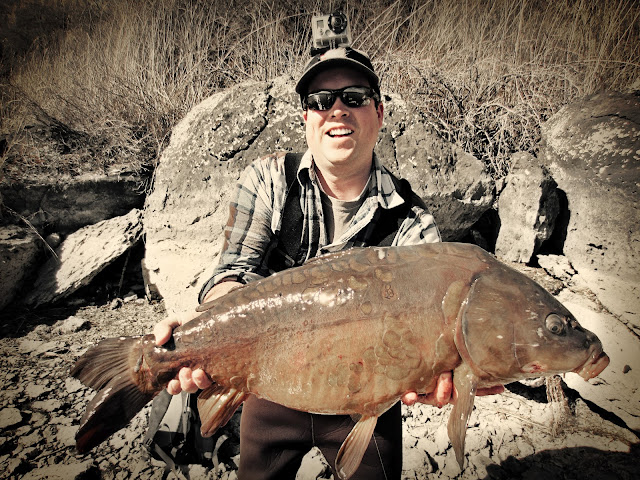 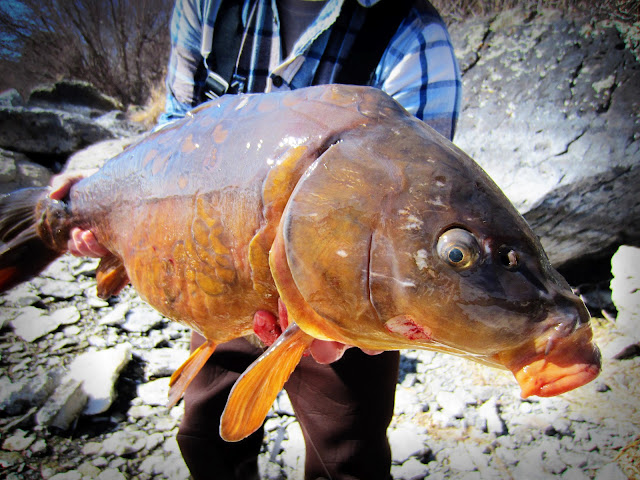 All in all it was one of those days that leaves you with a permanent grin.  Things fell into place and there were some awesome fish caught.  They fought great too.  I was also able to break in the new GoPro.  I can tell that it is the beginning of a great relationship.  This first video is a bit of a chop job.

As things continue to warm up the fishing is going to get better and better! 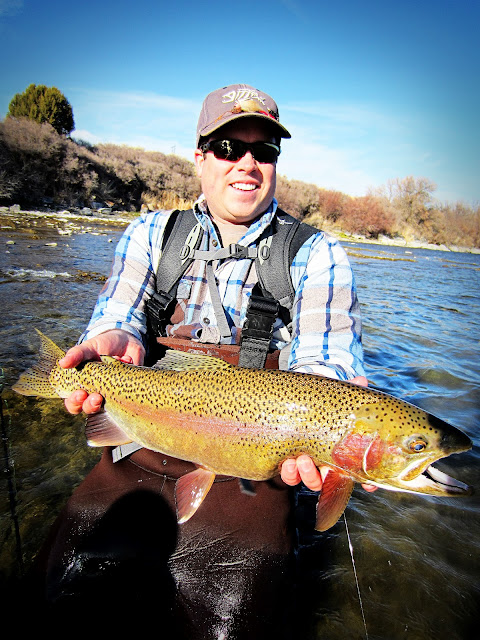 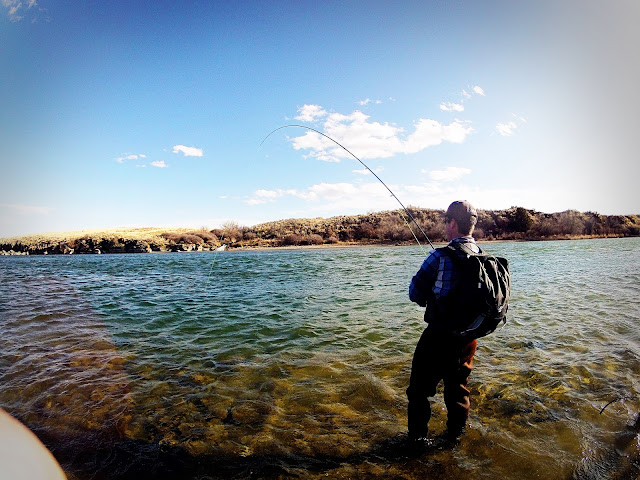 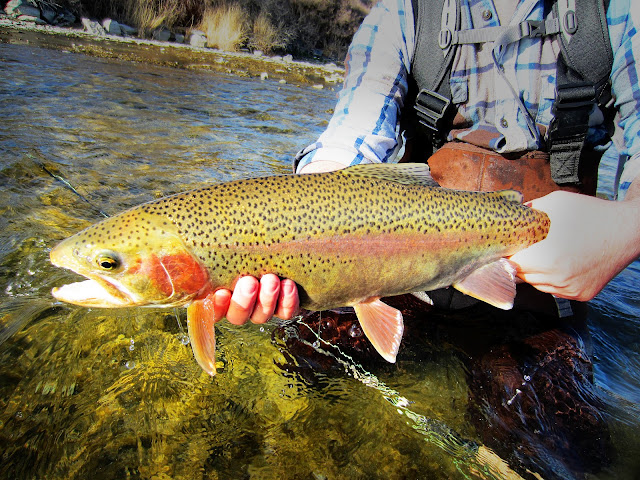 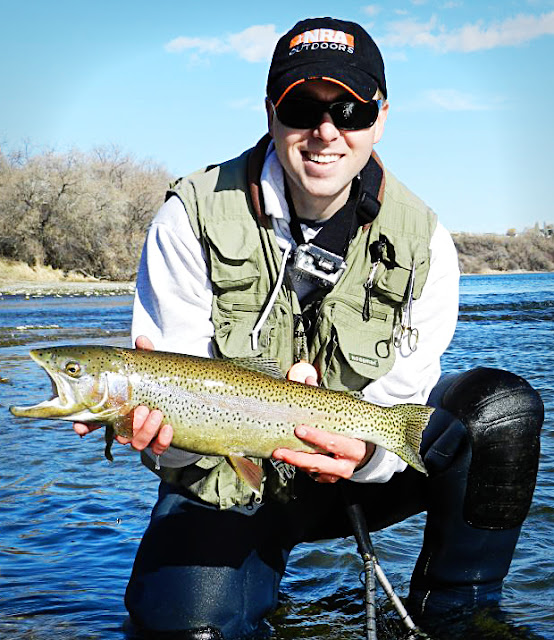 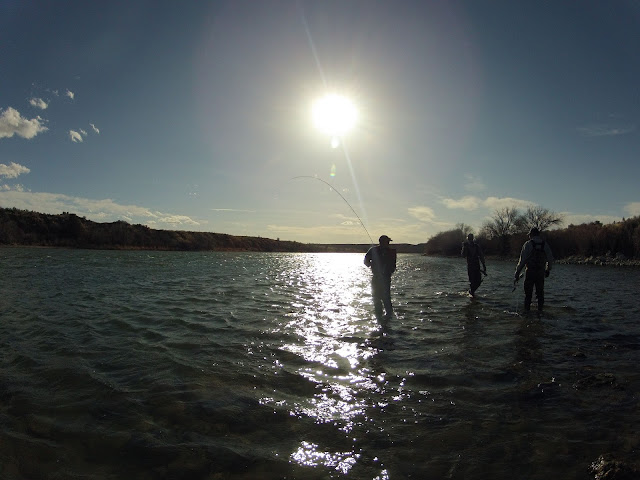