Cabin fever has set in.  BAD.

I will be headed out to poke a hole in the ice on Monday, but ice fishing can lose its appeal pretty quick.  I enjoy it and the diversity makes the seasons all that more enjoyable, but the rivers start calling again shortly after early ice.  This may be because drilling multiple with a hand auger in over a foot of ice is... well... for lack of a better word, work!  I just picked up a new Nils Master 8 inch auger, and look forward to shaving some ice with its famed ease.  It has a lot of good reviews.  Augers aside, there is also the sled and any other things you want to tote along with you.  Between a tent, heater, poles, pole stands, snacks, chairs, and kids if you bring them, the weight adds up quick.  I suppose someday when I get an atv or snowmachine it will be easier, but even then those machines have an upkeep.  It is work, and I do enjoy it, but nothing compares to casting a fly.

Once cabin fever hits there is no stopping it.  My mind moves into planning mode and there are so many opportunities to get into good fishing.  I have slowly realized all the fishing opportunities there are, many of which have come to my attention within the past five years.  While on a fishing excursion one day a friend pointed out how they plan their year according to months.  It was a definite "light buuuuulb" moment.  Now I find myself doing the same thing.

January-February
Trout, Kokanee, and Perch are the targets.
The new year begins on the ice. 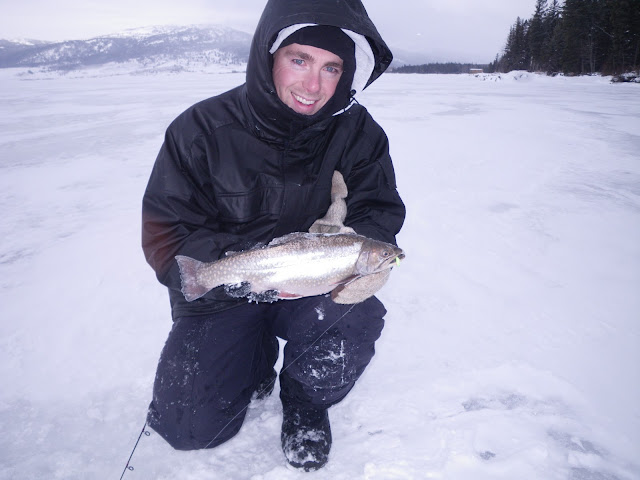 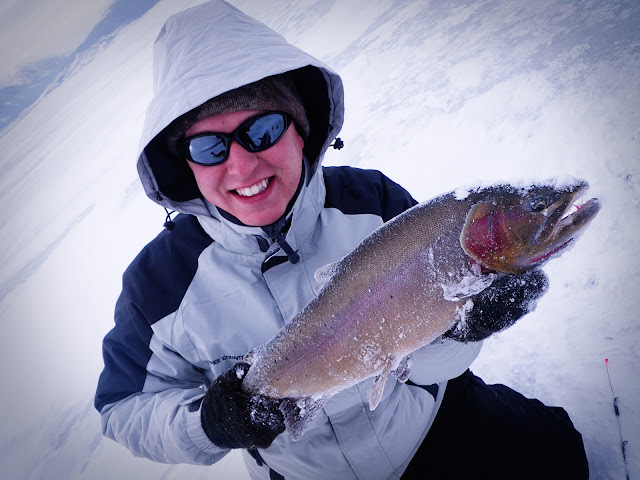 with some rivers thrown in the mix...


March-June
Steelhead, Carp, and Trout are the primary targets with a little bit O' Bass.
Chasing these fins with a fly rod is a blast.  It is so kind of them to travel so far so I can catch them.  Maybe they know I don't have the time to make the trip, yet. 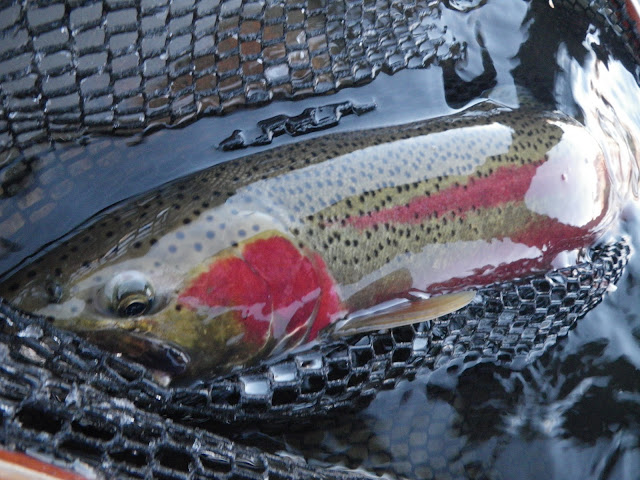 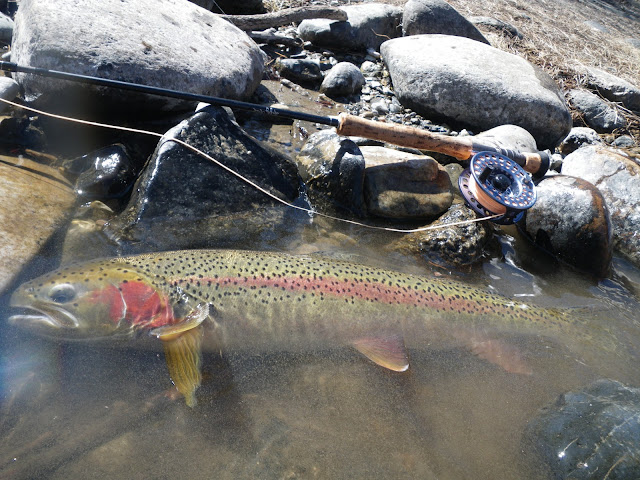 As for Carp, I didn't think the Golden Bones could be successfully caught until late April or early May, but this last season Jared and I ventured out a bit earlier with some pleasant results. 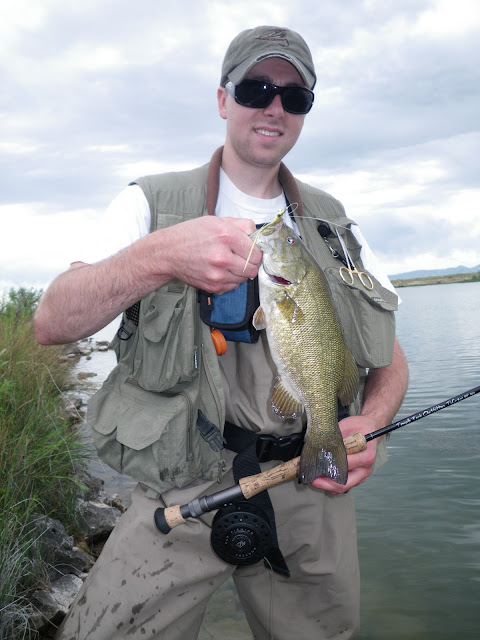 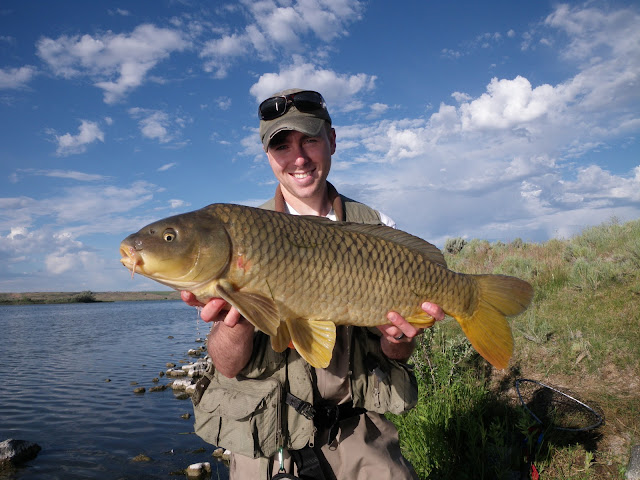 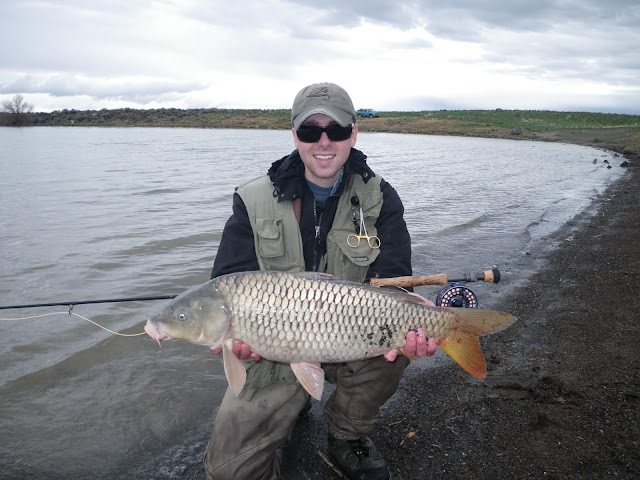 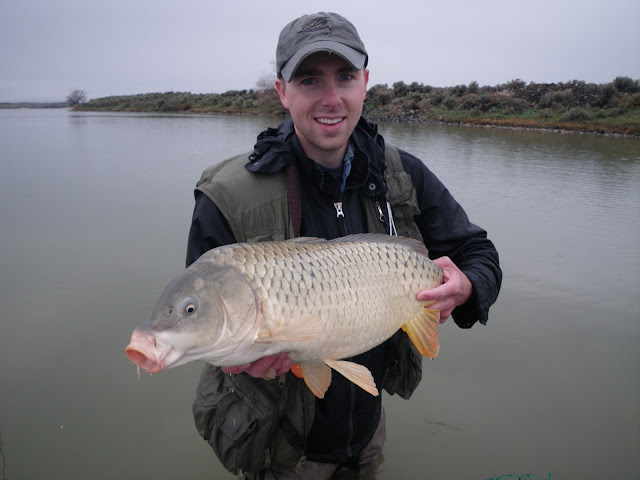 July-August
Trout are the focus, but Salmon can also be caught.
This is the time of year when there are too many weeds to chase carp on a lot of the "usual areas," and the rivers and streams have all cleared and lowered from runoff flows.  High mountain streams get my attention.  I love to find new places.  There are so many little gems that people ignore because of the hiking, smaller fish, or they just don't like catching trees much.  So many people miss out on the rugged beauty of both terrain and wild fish.  And nothing compares to an explosive dry fly take from a wild trout. 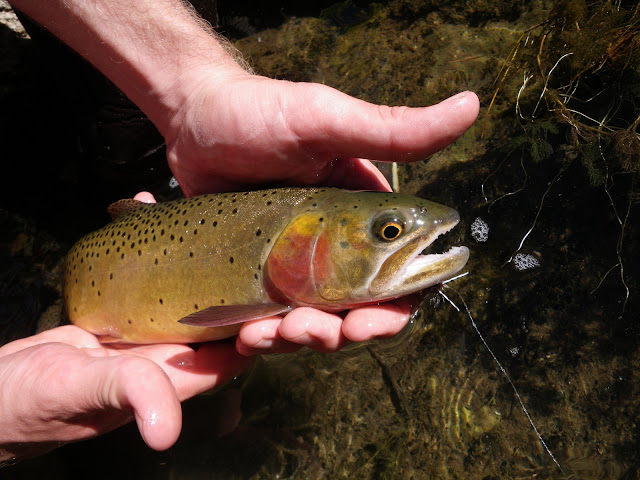 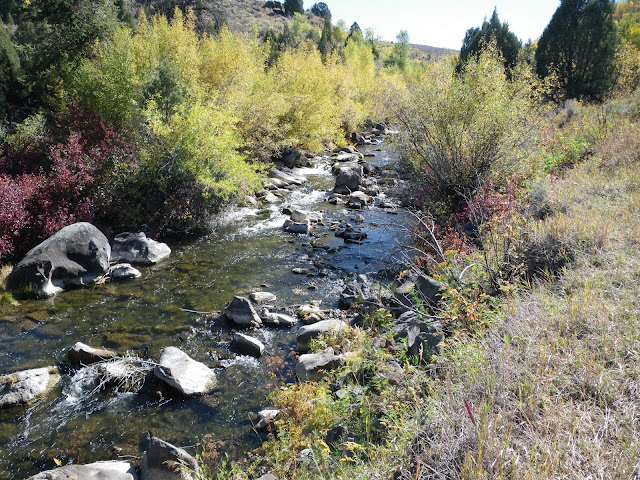 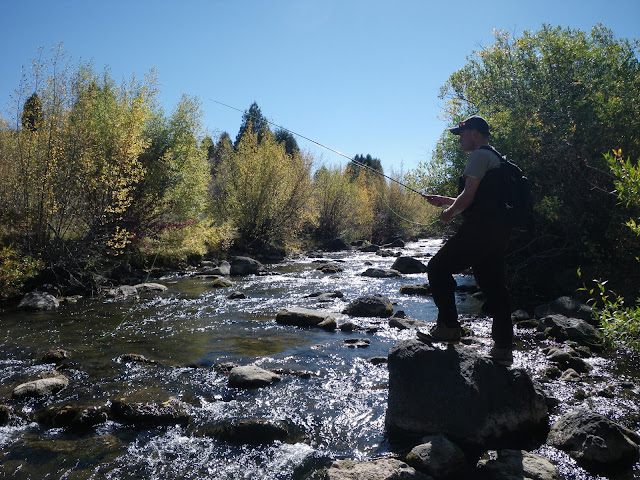 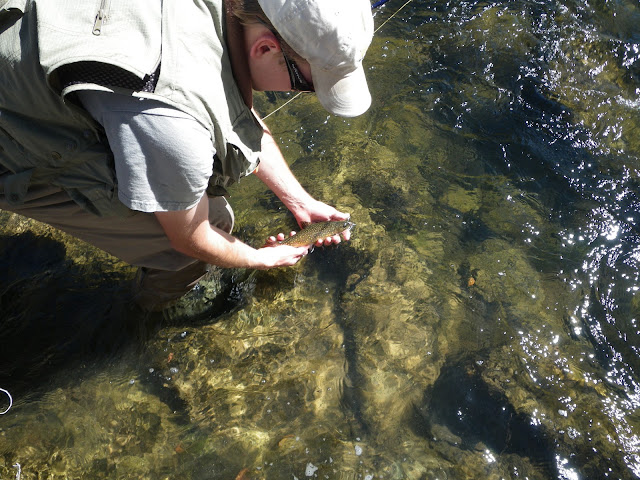 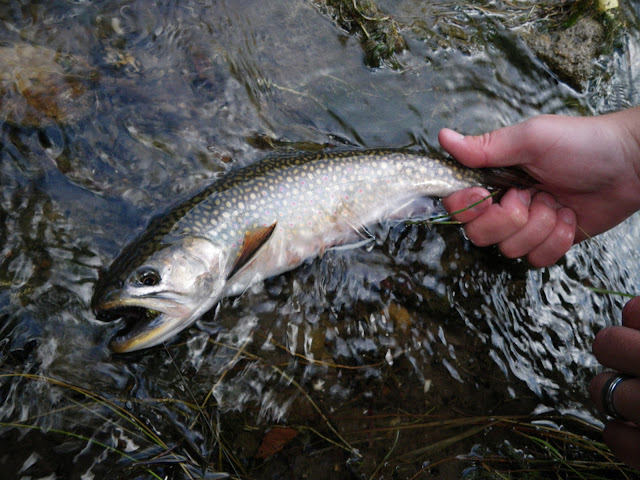 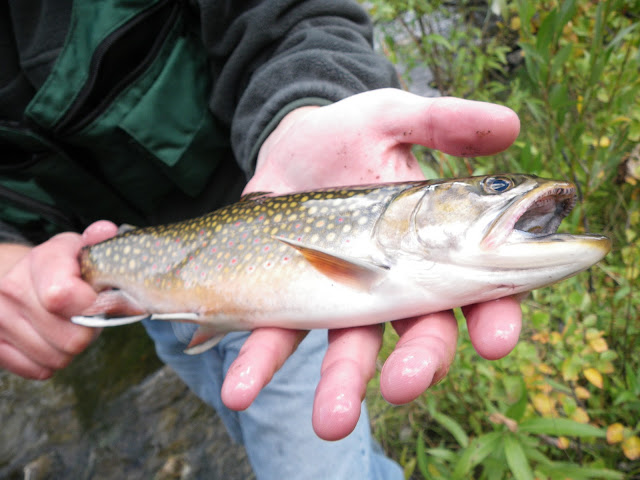 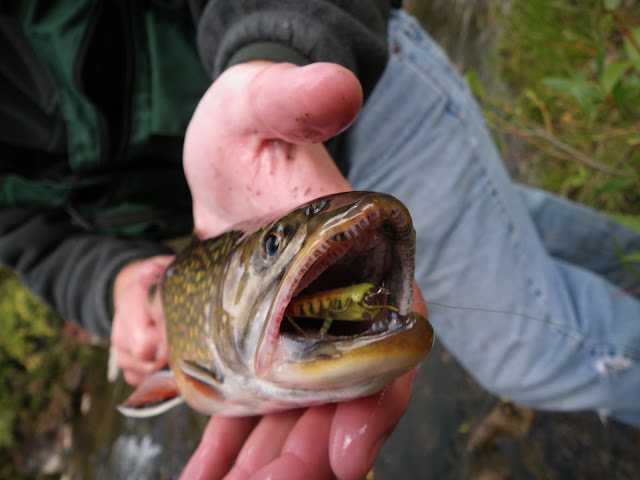 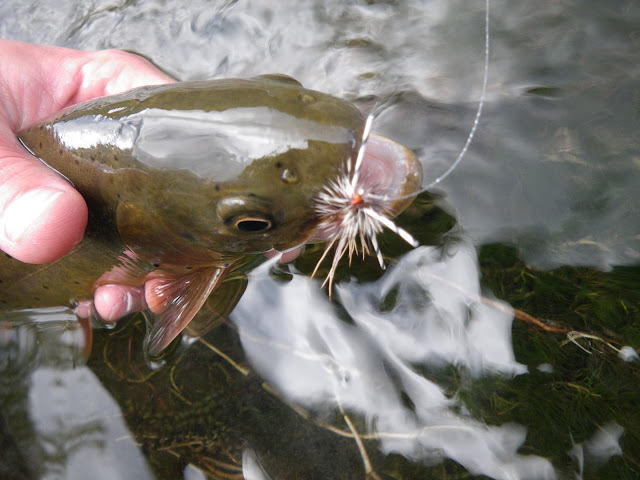 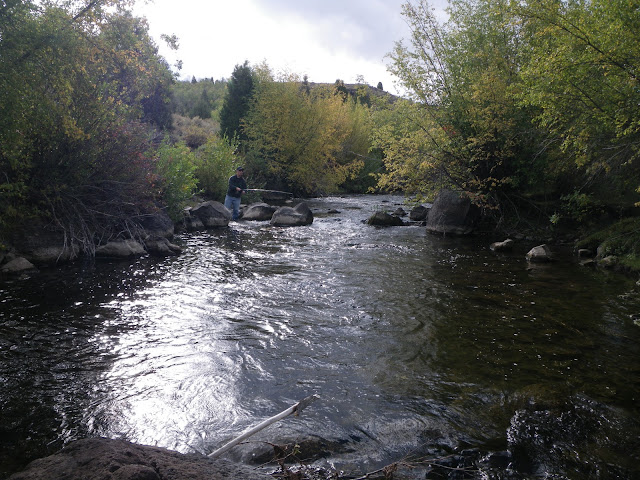 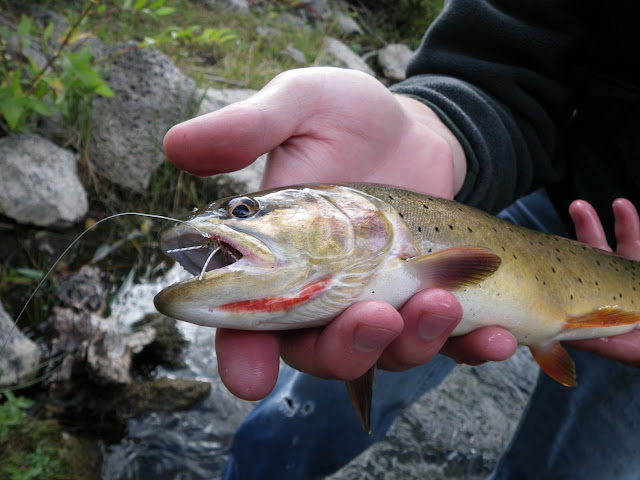 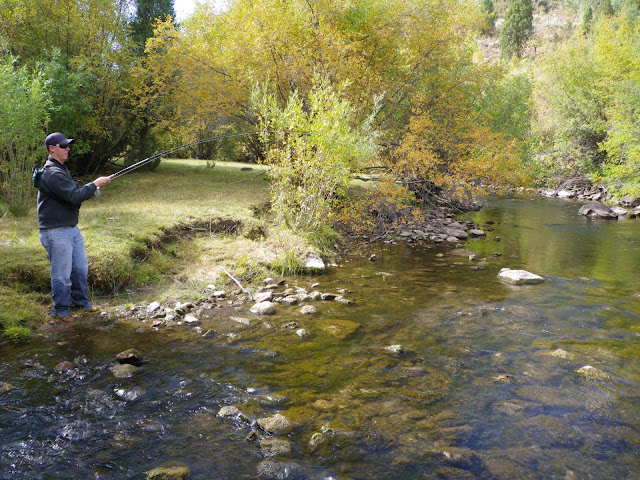 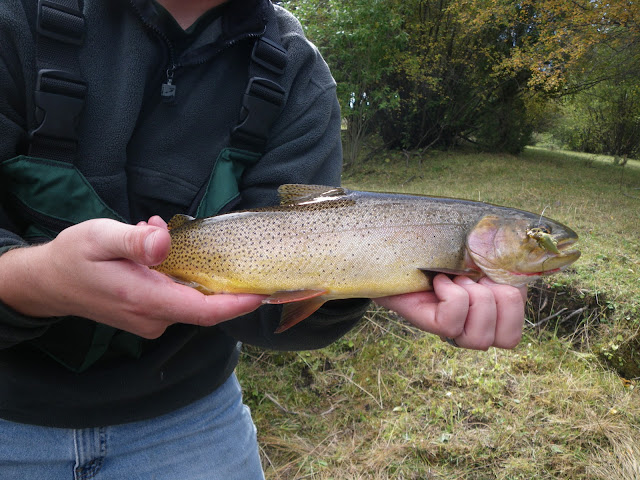 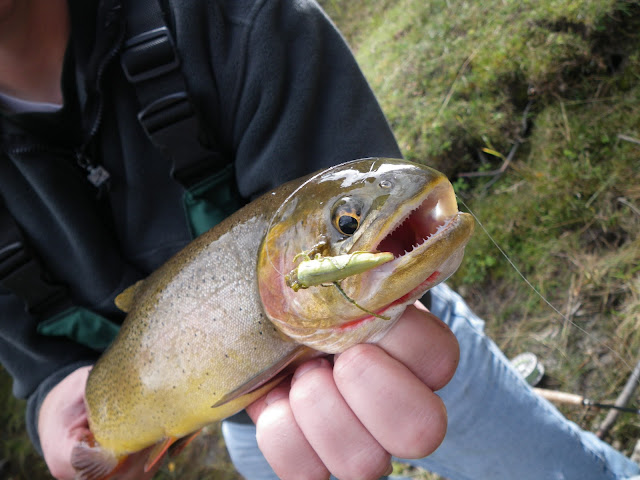 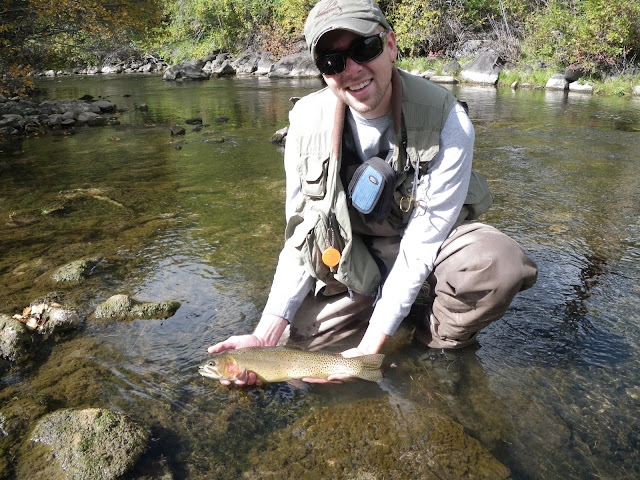 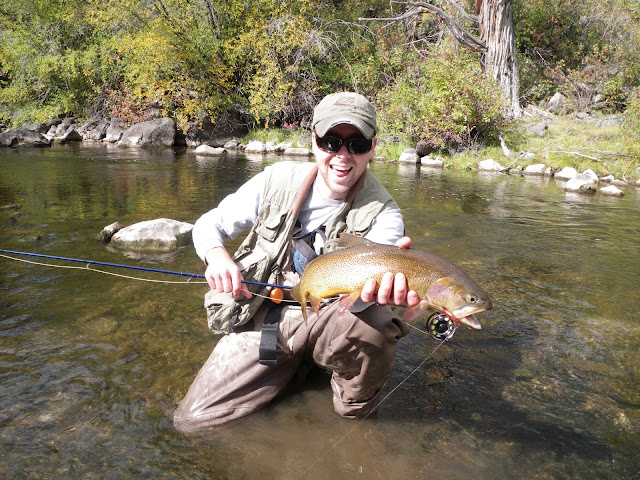 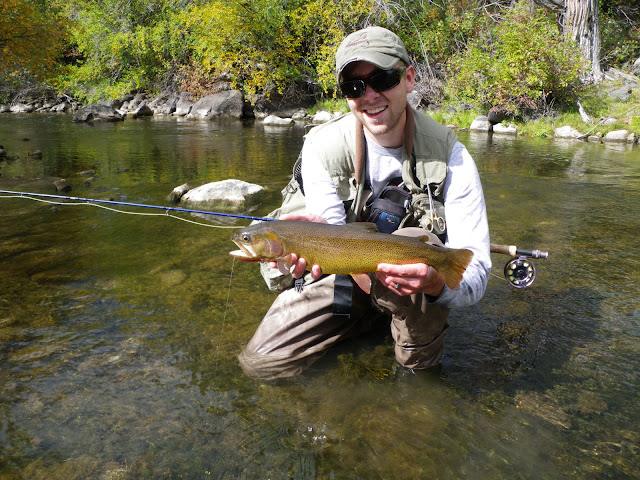 Salmon River salmon fishing...
There is usually a short window in July that F&G allow for the season, and it is on a pretty small stretch of the river. 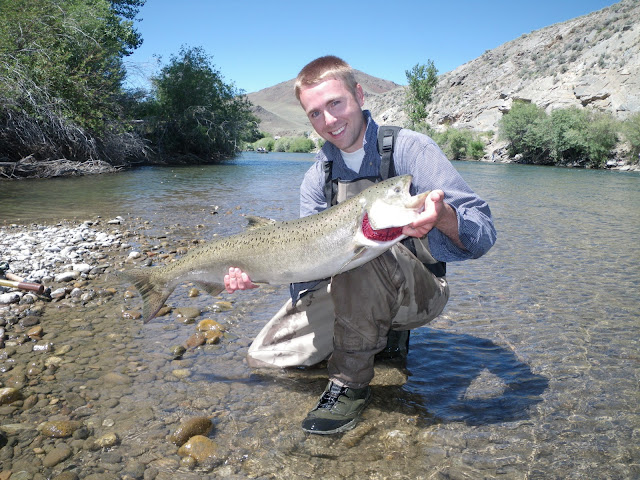 September-October
With the Fall gearing up hungry trout are the target, but there may be some dabbling with early Steelhead.
I had a hoot this last Fall, and managed to catch some surprisingly nice fish in places I never would have thought.  I also took another step toward streamers, which I have only been doing in gesture until now. 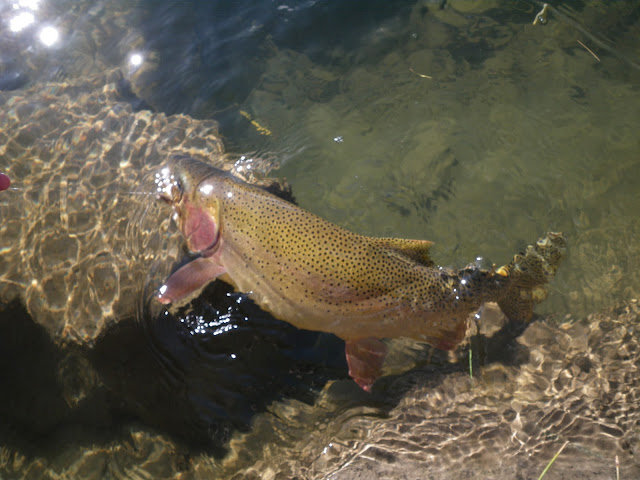 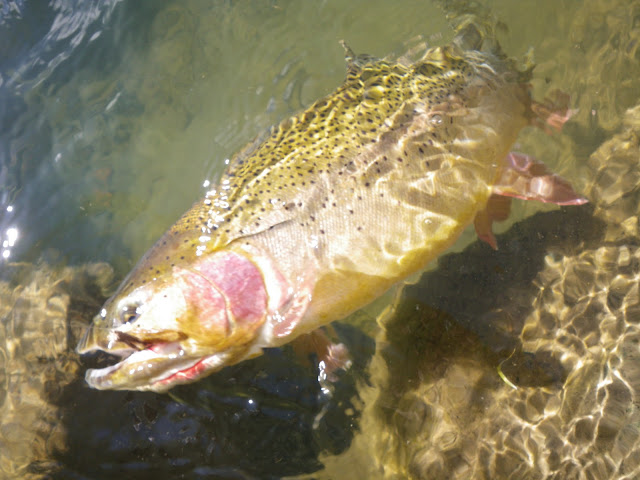 November-December
Steelhead and Trout are where it's at.
The sections of river where the steelhead are found this time of year are more geared toward a casting setup, or those using spey rods.  I would love to get into a spey setup, but all in good time.  I usually break out my casting rod and reel and if you hit it right, the fishing is great. 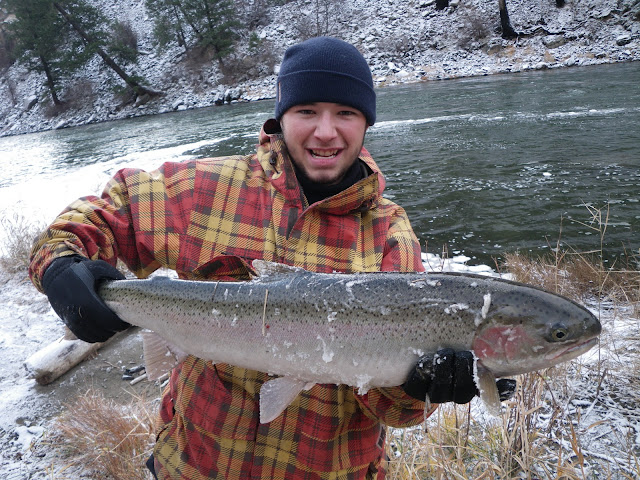 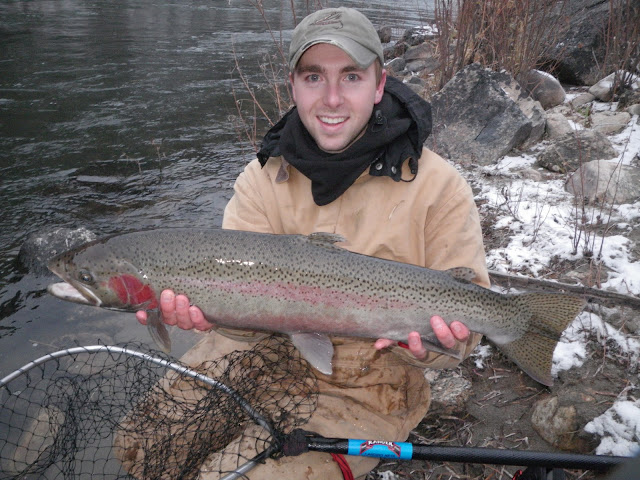 Toward the end of November and into December is when the early ice fishing gets going.  Henry's is usually the first place to hit and the whole yearly cycle starts over again.

I love how diverse fishing can be.  I have preferences like most people, but when it comes down to the "nitty gritty" I would have to say that I simply love catching fish.  This year has already started out awesome, bring on the rest!
Posted by Chris at 11:09 PM