My father died yesterday (1/14/17). Sixty three is too soon. You hear it said often, that nothing can prepare you. I think it's a fair assessment, even for a person with failing health and an overall diminishing quality of life. Dad was officially diagnosed with Alzheimer's disease about four months ago. He had been through multiple surgeries over the past few years to take care of his back, knee, and shoulder. He fought for lucidity so hard that most couldn't see his struggle. I think his personality helped him hide it. He was in a considerable amount of pain, despite the operations and medications, but he wouldn't hesitate to jump up to help, to participate, or to just show you he cared, even through all the pain. He was the last person to think of himself or ever put himself first. We all knew he hurt, but he refused to let it stop him from loving and serving. He was a broken man, and yet one of the most whole people I will ever know. 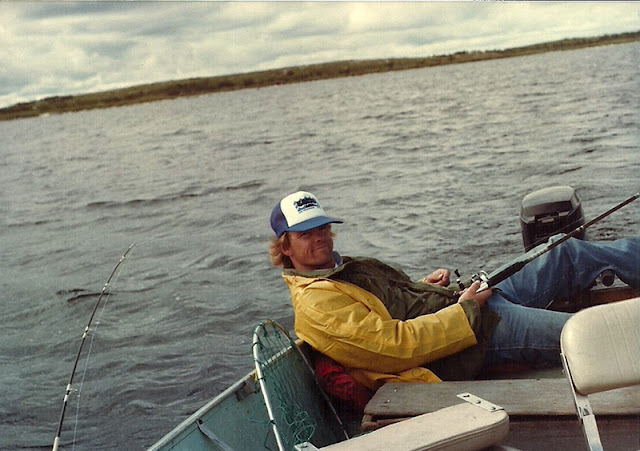 I can't remember a time when he wasn't serving. People; serving and loving them was his life. He had every reason to turn inward, but he never did. And it can't have been easy. He grew up in a small town, with alcoholic parents who struggled to show love. As is common with those situations, he followed suit at a young age, drinking, living without bounds, delving into drugs and living a life that matched.

Then he met Mom. They dated, married, and even partied together for about five years. Once children came my mother began to see how much her little family needed stability, and divine help. She started going back to church, and Dad kept on a rocky downward path. One day Mom caught me taking a small baggy of cocaine off of a windowsill, being the curious toddler I was. It was the straw that broke the camels back, so to speak. She realized that things were too dangerous to keep children in that kind of environment and began to make plans. She opened up a new bank account, went back to school to refresh her nursing skills, and prepared to move in with her mother. Dad found her journal and learned what she had been planning. 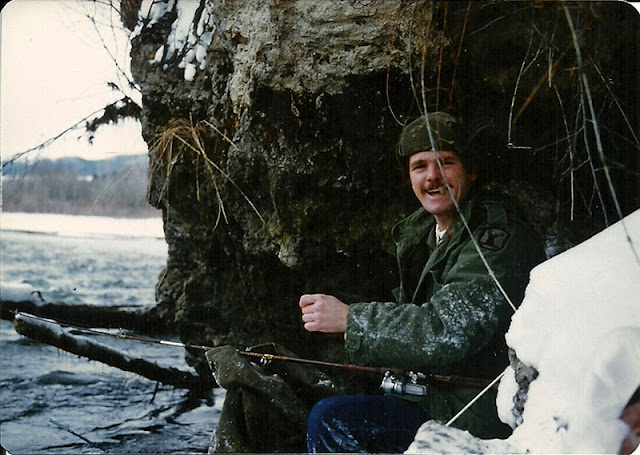 He loved her. He truly loved her. Not that shallow, if things are difficult I'm out kind of love, but that messy, I'm not going anywhere, no matter what kind of love. And she loved him back. It's the kind of love this world could use more of. He loved her, more than anything in this world. How do I know? It's simple really, he changed.

I can still remember attending N.A. meetings with him, and spending time at the Friendship Club that he volunteered at to support others dealing with drug addictions. The alcohol and drugs were the first to go, then the smoking, and eventually even the coffee. The anger and temper took longer, but eventually even they went. The fear and resentment I had as a child has given way to forgiveness, respect, and even admiration as an adult. 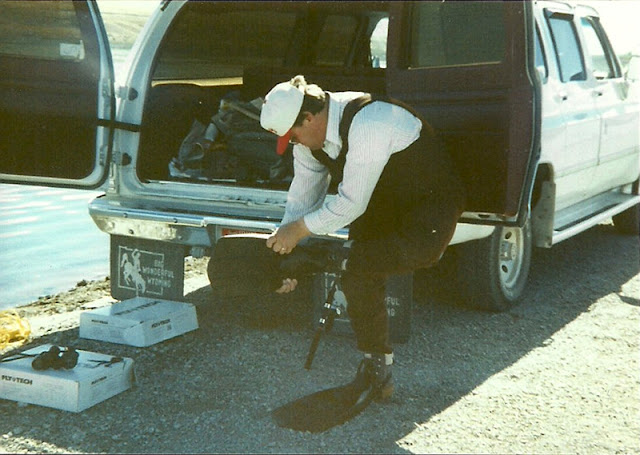 Age has a habit of stripping away our pride, and refining our perceptions of what truly matters in life. I have felt the process in my own life, and recognize its refining effect in my elders. I thank Heavenly Father that I lived to witness my father treating my children with the very love and tenderness that he missed showing to his own children. There is healing in that, in heart and mind, for both my father and his children.

My father's life reminds me of the movie "Big Fish." If you haven't seen it, I highly recommend taking the time. Dad never really met a mermaid, giant, or worked with a circus, but the sentiment is somehow very reminiscent of my father. Much of the movie the son is trying to comprehend his father's life, and what it really meant, and in the end has to let his father go, being left to decide whether or not to believe his father's stories. The movie ends with the son symbolically letting go of the negative judgement he had toward his father, and accepting him for what he was, a dreamer doing his best with what he had, who was able to accomplish amazing things with his vision. My own father always dreamed bigger than life, and he was so concerned about others having meaningful experiences and creating lasting memories, that it was hard to see the man behind it all. I think that's how he wanted it though, all about others. It was he who taught me that some of the best experiences and moments of life are created, not just happened upon. I don't think most people who enjoyed the things he organized realized the attention to detail and the amount of work that went into the orchestration, and that's how he wanted it, all about the experience. 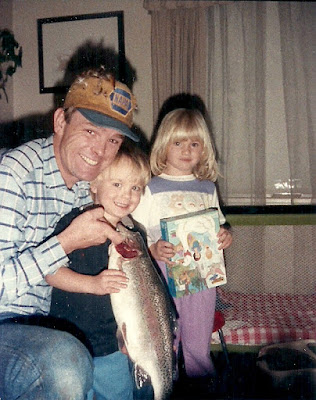 My dad taught me to serve, to repent, to create, to serve some more, even when it was hard, and most importantly, to love with a love more fierce than death or addiction. All the difficulty and sorrows of the past are swallowed up in the goodness of his life, and his lasting legacy.

Like a big and magnificent fish... I had to let him go too.

But don't think the tone of those words is hopeless or even really sad at its core. I know because of Jesus Christ I'll get to be with him again, but next time it will be without the limitations of mortality, and I have no doubt it will be such a happy reunion that the weak words we use now could not ever truly describe it.  Till then Dad, keep on the lookout for some good water, and keep the rods rigged up. In the meantime, know I love you.

For those interested in reading the obituary: In Loving Memory of William Theadore "Ted" Cutler